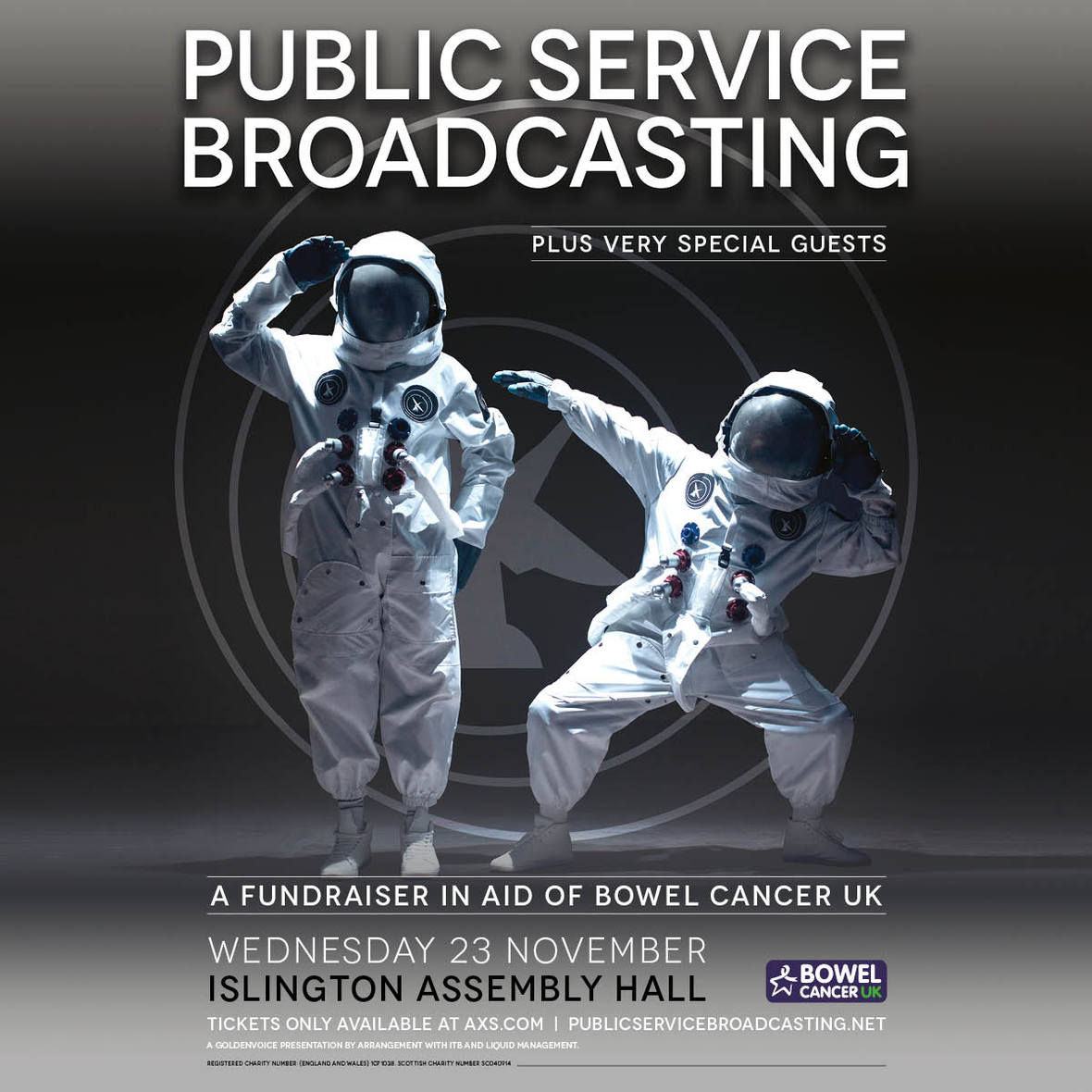 PSB’s guitarist and songwriter J. Willgoose, Esq., explained further: “In late September last year my wife, Sarah, was diagnosed with stage 3 bowel cancer at the age of 33, totally out of the blue. She has now completed her treatment and we’re hopeful for the best possible outcome, so as a band we really wanted to try to do something positive to help promote the great work Bowel Cancer UK do for patients and their families.”

Sarah said: “A lot of people – myself included, prior to diagnosis – would think of bowel cancer as a disease which mainly affects older people. We really wanted to draw people’s attention to Bowel Cancer UK’s ‘Never Too Young’ campaign and make sure that people of all ages are aware of the symptoms of bowel cancer and know that they should seek medical attention straight away if they notice any of them.”

Tickets for the event will be available from at 10 am on Friday 26 August fromhttp://publicservicebroadcasting.net with all profits going to Bowel Cancer UK. For anyone who would like to donate to the cause but who can’t make the concert, PSB have also set up a Justgiving page for donations

On the night, PSB will perform their hit album ‘The Race For Space’ in its entirety for the very first time, accompanied by an impressive brass section and musicians from the Royal Northern College of Music, including a string quintet and a 13-piece choir.

The evening will begin with the mastermind behind Public Service Broadcasting, J. Willgoose, Esq., in conversation with Jodrell Bank’s Professor Tim O’Brien as the pair explore the stories of the American and Soviet space race at the heart of the album and discuss the making of the record and the journey it has led them on.

Now in its 10th year, Manchester Science Festival is developing a reputation as the boldest, most creative and most ambitious science festival in the country.

Manchester Science Festival Director, Antonio Benitez comments: “We’re delighted to be working with Public Service Broadcasting for the first time, to launch this year’s event. The band’s eclectic and surprising mix of art and science will bring astronautics out of the lab and onto the Albert Hall stage. It’s a great fit for our opening night and a fantastic coup for our 10th year.”