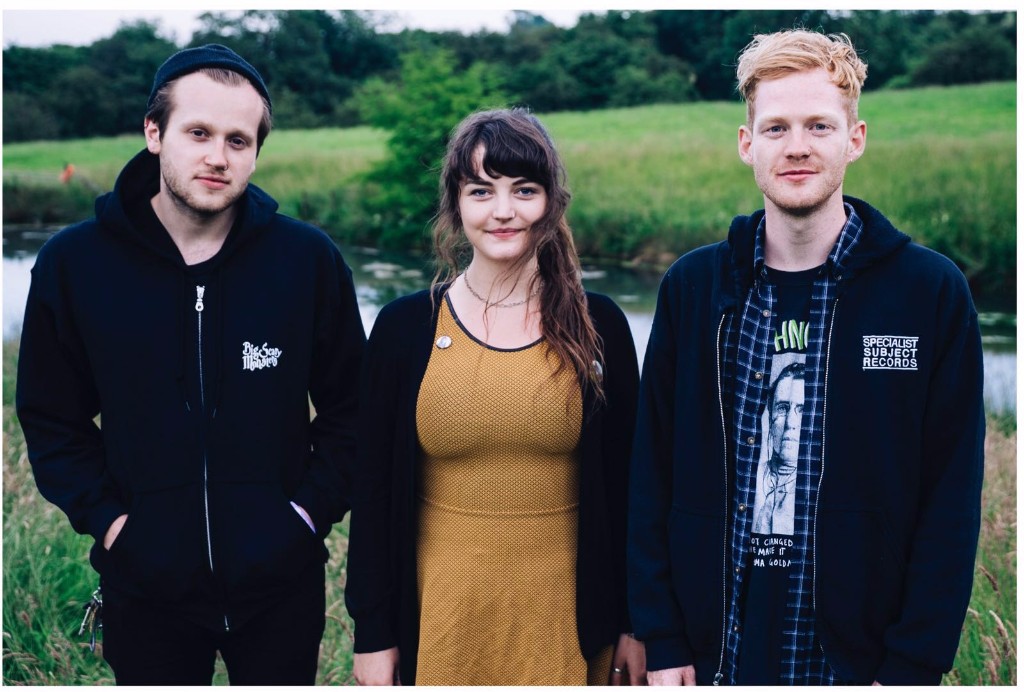 Exeter indie-punk trio Muncie Girls have released single ‘Respect’ for ‘Name Your Price’ download with all proceeds raising funds in aid of Refugee Action. Lande from the band explains “Refugee Action is a UK-based charity that supports refugees and asylum seekers and campaigns for a fairer asylum system. They do such important work, so check them out!”
https://munciegirls.bandcamp.com/track/respect-2
http://www.refugee-action.org.uk/
‘Respect’ is taken from the band’s debut album ‘From Caplan To Belsize’ which was released earlier this year. The single is indicative of the band’s ongoing motivation to deal with social and political issues and acts as their message to any “lad” that has been caught up in the rape culture that’s rife in our current society, particularly on university campuses and online.  Fueled by discontent and anxiety, Muncie GIrls eloquently address issues of modern living as a self-aware young adult.

Having played a plethora of UK and European shows and festivals this year so far, Muncie Girls have also now been announced to play the BBC Introducing stage at the prestigious Reading & Leeds Festivals at the end of this month. The band will also be playing some shows in Germany in October and will embark on their very own headline tour of the UK in Nov / Dec to round off one hell of a 2016, which included a nomination for Best British Newcomer at the Kerrang! Awards and sets at the likes of Glastonbury, Download, Groezrock, The Great Escape and the BBC Radio 1 Academy event in Exeter. The A.V. Club recently named ‘From Caplan To Belsize’ in their Best Music of 2016 So far, declaring “’Respect’ has one of the year’s best choruses”.

‘From Caplan To Belsize’ UK Tour: