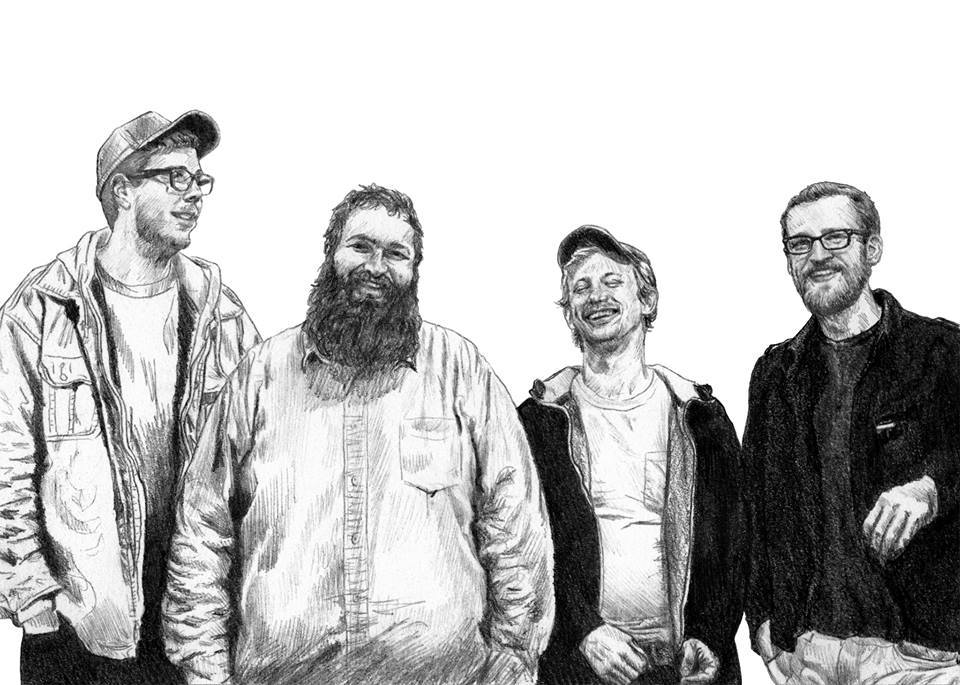 The Yips Out September 16th via WarHen Records

Left & Right have got The Yips, and we’re all excited about it. In anticipation of their new album, the Philadelphia based quartet are sharing “Trail Song,” their thematically and musically heavy new single. The Yips, the band’s third full length album will be released on September 16th via WarHen Records. Following the release of their recent surprise Pivot Foot EP and their last full length Five Year Plan back in 2014 (Infinity Cat/WarHen), the band spent nearly the entirety of last year on the road, taking only a short break to recordThe Yips together with in demand producer Justin Pizzoferrato (Krill, Dinosaur Jr, Speedy Ortiz), a bleak album that feels very much world weary as a year spent touring can do.

One of the album’s heaviest moments, “Trail Song” bolsters the sludge pop element of Left & Right’s sound with a near mathy sort of disposition. The song twists in unpredictable ways while maintaining their flawless “college rock” leaning indie punk core.GoldFlakePaint shared “Left & Right present a distinct and unruly noise on ‘Trail Song’, the track bursting in to life, with a brash hammer-blow of guitar, and simply never pausing for breath from that point on. “To drink until I’m full is not enough,” they bellow, as the whole thing is ramped up for the cacophonous chorus that shapes the entire track.”

It’s accessible and dynamic as it revolves between noisy bursts of roaring distortion, hypnotic restraint, thudding grooves, and the song’s explosive hooks. Speaking about the song, Left & Right offered:

“[‘Trail Song’] is about choosing to make the same mistakes over and over again. Climate change. Humans acting against their own self-interest, often knowingly. This time characterized by gluttony and waste, selfishness. More specifically alcoholism.”

After an ambitious year of touring, pacing the country for well over 100 shows in support of their last record, Five Year Plan, the Summer of 2015 found Philadelphia’s Left & Right at a peak of collaborative unity, cohesive playing, and creative aspiration. Back to work, relationships, and the electric roar of the Market Frankford Line above their bedroom windows, they set to work on a blank canvass which has become their most recent release,The Yips.

Recording once again with Western Mass’s favorite son, Justin Pizzoferratto (Dinosaur Jr, Sonic Youth, Speedy Ortiz), the band has delivered on the promises of their earlier work by pushing every aspect of their music to greater extremes. Louder, quieter, heavier, pop, abandoning all tropes except for their guitars. The result is a mixtape of loose rhythms, shear edges, and obsessive thoughts, coalescing into a piece showcasing four musicians after six years of shows, struggles, joys, and interpersonal growth reaching for the summit of what they can accomplish together creatively. From collegiate basement recorders to bus drivers to moving, living, working together, to van repairs and months away from anywhere, The Yips is what a band can become when it never fully knew what it wanted to be.

Mighty Oaks announce new video for ‘All Things Go’ + On tour with The Lumineers!