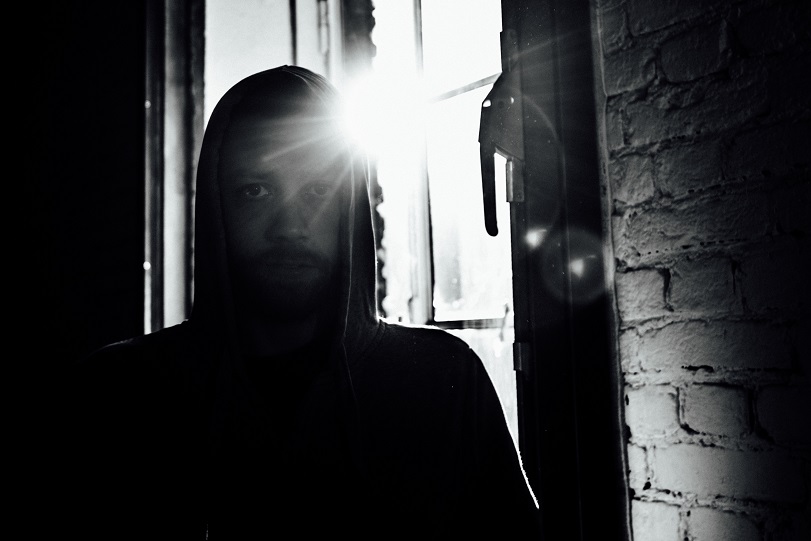 In addition to touring Europe numerous times with his instrumental power trio STEARICA, sharing the stage with bands such as Girls Against Boys, Acid Mothers Temple, NoMeansNo, Dälek, Damo Suzuki and Coliseum, as well as working as a session player with several Italian acts, Davide Compagnoni has been hard at work developing his electrifying new solo project KHOMPA: an adventurous mix of drumming, electronics and cutting edge drum triggering technology.

KHOMPA is a unique audiovisual live act whose main elements are: a drummer, a conventional drum kit, 4 drum triggers, a laptop and a stepsequencer. Each drum controls a virtual musical instrument (synthesizers, samplers, etc.) within Ableton Live music software that, in combination with a custom stepsequencer (developed with MaxforLive app), allows Davide to perform real melodies/electronic orchestration without the use of any backing track, loops or click track. 100% live. KHOMPA’s live show will also be enhanced by an innovative custom lightning set that will be controlled by the same triggers used for the music.

Musically, ‘The Shape Of Drums To Come’ is a multifarious amalgamation of styles and genres. Whilst it is predominantly an electronic record, in keeping with the title (a tribute to the seminal ‘The Shape Of Punk To Come’ by Refused), the album is laced with a brilliantly challenging punk attitude whilst flirting with the avant-garde, using experimental rhythms and atmospherics. It’s no surprise that the album is due to be released via Monotreme Records (home to the likes of This Will Destroy You, 65daysofstatic and sleepmakeswaves).

Tracks such as opener, ‘Nettle Empire’, combine complex rhythms with mellifluous and harmonious synth based melodies. It’s a clear display of technical prowess, without losing its intricate and well-formed composition and song structuring. Other tracks such as ‘The Shape’ and ‘Louder’ lean more towards the heavier side of the spectrum, sonically sitting somewhere in between the harsh electronic noise of early-HEALTH and Fuck Buttons and Davide’s previous experimental/avant-rock output with STEARICA. Elsewhere, the record continues to develop and evolve with tracks such as ‘Upside-Down World’ moving into an altogether more progressive sound combining ambient and melancholic instrumentation with idiosyncratic Japanese guest vocals from Taigen Kawabe of Bo Ningen. ‘Wrong Time Wrong Place’ also features guest production and electronics by Davide Tomat from the experimental electronic pop band Niagara (Monotreme Records), of which Davide Compagnoni was a founding member.

This is the first album to ever be recorded live in this way, which is a monumental achievement in itself, however KHOMPA has managed to find the perfect balance between style and substance. ‘The Shape Of Drums To Come’ is a consummated and diverse release with a title that embraces the punk-meets-electronic attitude of the record, as well as the innovative side of the project itself. This album will have a clear appeal to the music tech crowd, but there is also a lot to be taken away from the album for those who know nothing about its methodology and everyone in between.

Listen to the second single from Oddarrang’s forthcoming album!