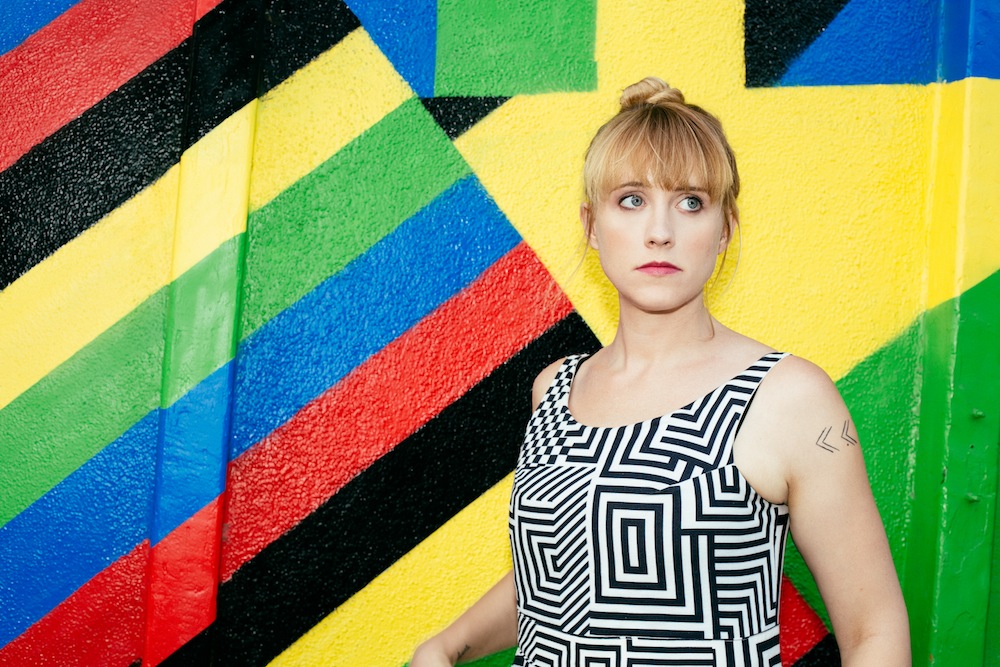 – JENN WASNER SHARES NEW SINGLE “EVERYTHING IS HAPPENING TODAY”
– ALBUM IF YOU SEE ME, SAY YES OUT SEPT 23RD ON PARTISAN
– LONDON SHOW ON OCT 4TH

Flock Of Dimes, aka Jenn Wasner (Wye Oak), has shared new track “Everything Is Happening Today” from her forthcoming full-length album If You See Me, Say Yes, due out September 23rd on Partisan Records.

If You See Me, Say Yes is a blend of electro-acoustic pop powered by Jenn’s unmistakable, stop-you-in-your-tracks vocals. It’s the culmination of 10+ years of experimentation with her craft, from the songwriting to the melodies, lush synths, and the entire Flock Of Dimes creative aesthetic.

Next week at NYC’s Le Poisson Rouge, Wasner will partner with composer William Brittelle (co-director of New Amsterdam records) to debut a live version of “Everything Is Happening Today” backed by the String Orchestra of Brooklyn. Later this year, she kicks off on tour, taking in a set at the Trans Pecos festival in Marfa, a collaborative performance at Berlin’s Michelberger alongside The National, Bon Iver, Damien Rice, and 60+ other artists, plus a London headline show.

A year ago, Wasner left her native Baltimore and started anew in Durham, North Carolina. She left the place she grew up, her family, and a community–where she started Wye Oak with Andy Stack–that shaped and loved her.

On If You See Me, Say Yes, you can feel the intensity of this moment and it’s one we can all relate to – when you’re poised on the precipice, diving into the new while looking back at what you left behind.  So many of these new songs are built around these ecstatic moments when it feels like something is spilling open, or breaking through.

Across all of her projects Jenn balances experimentation with craft, unafraid to be vulnerable– from 10+ years co-creating the novel, guitar-driven Wye Oak repertoire (including last month’s surprise-released Tween), to purposefully putting out several 2-at-a-time 7 inches as Flock Of Dimes, or exploring electronic textures as Dungeonesse.

Wasner wrote, performed, and self-produced the record, with help from frequent collaborators Mickey Freeland in Baltimore and Aaron Roche in NYC. It was mixed in Dallas by John Congleton (St. Vincent, Angel Olsen).

If You See Me, Say Yes will be released on September 23rd via Partisan Records.

Flock of Dimes plays The Victoria in London on October 4th.