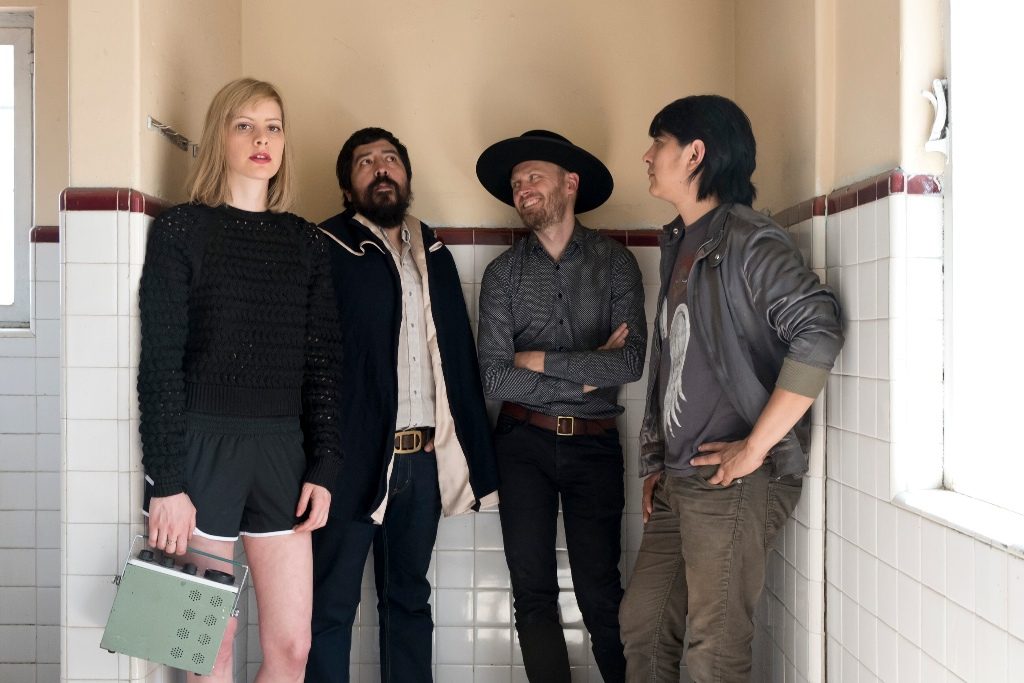 “This is music to get lost in, and deeply unsettled by.” – The Sunday Times Culture
“Essential dub dystopia” 8/10 – Uncut
“This is rock music in its most dark and instinctual form” 9/10 – Loud and Quiet

With their debut album out Aug 19th via Sacred Bones, Exploded View, fronted by political journalist/musician Anika, are unveiling their new track ‘Lost Illusions’. The band are set to play a run of UK dates this August with shows in London, Brighton & Bristol.

Eerie opening drums start ‘Lost Illusions’, followed by Anika’s recognisable uninflected vocals. The song’s title is as thought provoking as the sound itself; enticing, repetitive drones turn into high-pitched cries and ‘Lost Illusions’ marks the final single from the four-piece ahead of the release of their debut full-length.

Anika released her self-titled debut album to critical acclaim in 2010. This new project was created during the rehearsal sessions for Anika’s Mexican live debut back in March 2014.  An unexpected partnership formed between Annika and local producers, Martin Thulin (who also plays with Crocodiles), synth-head Hugo Quezada (Robota) and Riotboy sweetheart Hector Melgarejo to form Exploded View. The four musicians discovered a new sound, several steps removed from the krautrock-isms of Henderson’s previous work during their rehearsals and live performances in Mexico City. The straight to tape sessions that followed in the San Rafael neighborhood, ventured somewhere new; a lighter place, unguarded, veering from any script.  Improvisation was the guiding principle and the source of the band’s inspiration. The studio itself was outfitted so that every sound produced in the room would be recorded. A Tascam 388 8-track captured everything – fully live, fully improvised, first-takes only.