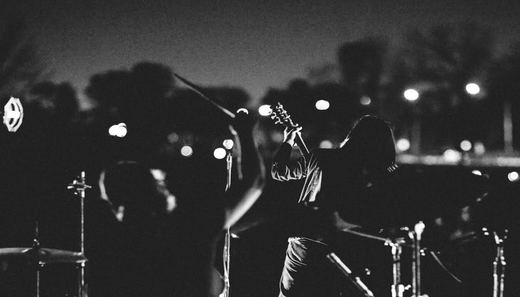 Earth announce UK tour dates this November, including a supporting show with Neurosis in London. Full dates as follows:-
Sun 06/11/2016: UK, Newcastle, The Cluny 2
Mon 07/11/2016: UK, London, Koko (supporting NEUROSIS)
Tue 08/11/2016: UK, Birmingham, Rainbow Warehouse
Wed 09/11/2016: UK, Manchester, The Ruby Lounge
Thu 10/11/2016: UK, Bristol, The Fleece
In addition to these UK shows Earth shall perform a one-time live score of Japanese cult film Belladonna of Sadness which they have created. The event shall take place on 21st October as part of the FILM FEST @ VOORUIT in Gent, Belgium. Tickets can be purchased here.

Though it was two years since the group’s impressive and immersive album Primitive and Deadly (Southern Lord, 2014) Earth have otherwise been busy. They are currently touring across the North America with Boris (remaining dates). Additionally, Dylan Carlson, under the moniker drcarlsonalbion, has also officially self-released his solo album which began as a kick-starter campaign resulting in, Falling With A Thousand Stars And Other Wonders From The House Of Albion. The record is a compendium of venerable Ballads. Touching on subjects, both curious and supernatural, involving those beings of a mysterious and secretive nature, known variously as: fearies, ffayres, farisees, gude whyctis, fairies, elves, gobelyns, etc. including their Queen, Nobles, and Knights. Those humans who have been taken away by them and the dead that reside with them.  As well as appearances of those maleficent women known as witches. This is England and its United Kingdoms’ music, interpreted by drcarlsonalbion, under the direction of Coleman Grey. Find out more at Earth’s website.