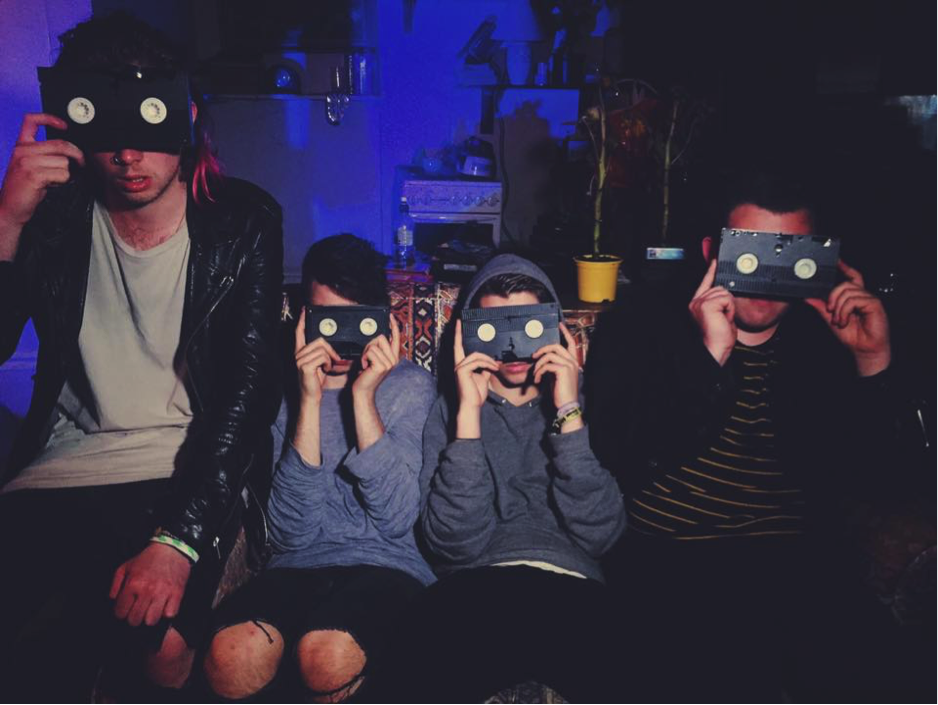 The track is an explosive punk-rock singalong. It’s another menacing leap forward. “It’s about people who aren’t happy but who just sit around and don’t try to improve their situation,” says Alex. “Whether this band happens or whether we crumble, we’re fucking trying.” The tongue-in-cheek title refers to the fact that “we don’t have a new sound… but we don’t care.” “Something More Original is just a good, fast, British rock song,” says Sam.

The London based boys; Alex Mountford, Sam Matlock, Louis Matlock and Sam Chappell, are a feisty and imaginative bunch that favour the DIY approach to life. Since their formation the band have been finding unique venues to put on self-promoted gigs and on Tuesday they play North London recording studio Livingston Studios. The quartet aren’t the sort of people who wait for opportunities: they go out and hunt them down. With a fire in their belly, they’ve toured, released their own music, made their own videos and now have a fervent fan club, named The Damned Restless Future, who follow their every move. They are one of the UK’s most exciting new rock’n’roll bands, armed with a stack of raucous, punky anthems and a gung-ho, do-or-die attitude. This was the way it had to be. There are no half measures for Dead!.

Their reputation as a thrilling live act has been cemented by chaotic, sweatbox gigs and are nearing the end of a busy Summer of festivals including Slam Dunk, Download, The Great Escape and 2000 Trees. They will round it off with sets on The Pit at Reading and Leeds Festival.