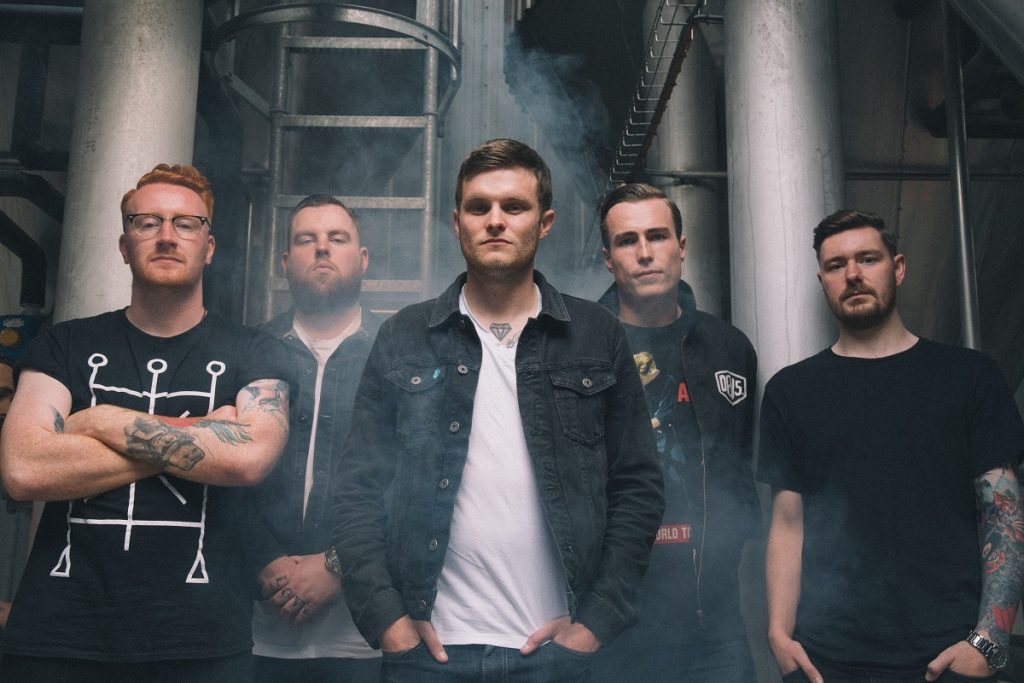 Aberdeen blue-collar punk quintet, Cold Years, are pleased to announce they are streaming their new EP Death Chasers exclusively with Rock Sound Magazine this week on their official Soundcloud account.

The EP is out now via local Aberdeen independent label Fat Hippy Records.

‘DeathChasers’ is available physically on limited edition 45rpm 12” vinyl and CD from http://www.fathippyrecords.co.uk/ as well as digitally via iTunes and all good retailers. There is a slight delay on CD orders as the physical stock was held in French customs, who thought they had links to a terror plot due to the record’s name – yes, really!

Speaking about the influences behind the record, front man Ross Gordon says; “We all have such a varied set of tastes but a lot of them cross over. I’m really in to old blues stuff like Muddy Waters and Howlin’ Wolf. My dad used to play me all those old records growing up and that’s what really got me in to music. But punk got me in to writing my own music. Bands like Against Me stand for something, and I really like that. We take a lot of inspiration from bands like The Menzingers and The Bouncing Souls. Those bands are timeless.”

“I wrote the song ‘Death Chasers’ about being in the same place for too long, and not having any real expectations from life. Then I met my wife and that changed. This song describes the moment that happened, and how I knew we were both in it for the long run. It’s an expression of the fact that you’ll give anything for that love and you’ll do anything to be with that person. You’re not a child anymore, and it’s not an immature relationship. It has depth, meaning and respect. It’s a bond for life, and we won’t part ‘til death.”

Cold Years’ hopeful brand of no-nonsense, fist-in-the-air American rock and roll tinged with punk and riddled with emotion is already picking up praise from the likes of Punktastic, Rock Sound and a whole host of blogs.

Death Chasers is out now via Fat Hippy Records

Listen to Death Chasers on Spotify: