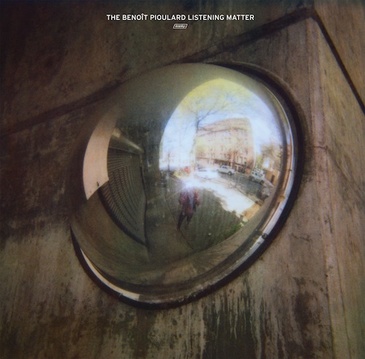 BENOîT PIOULARD TO RELEASE NEW ALBUM THIS OCTOBER, LISTENING MATTER;
NEW TRACK “LAYETTE” SHARED
Listening Matter is the sixth kranky album from Thomas Meluch under the nom de plume Benoît Pioulard. It arrives on the 10th anniversary of his first LP Précis, and offers a rekindled focus on self-examination, as well as a return to vocal-based pop structures following the mostly instrumental Sonnet (2015).

Recording for the Listening Matter began during a period of grief, turmoil and self-medication, and continued throughout two years of growth and healing. Reflections on vice (“Layette”, “Anchor as the muse”), virtue (“Narcologue”) and death (“A mantle for Charon”) feature equally in this concise treatise aimed at the flawed-but-resilient core in us all.

By coincidence this album was completed on the very day Meluch’s only brother died; accordingly, it’s dedicated to him and anyone seeking paths away from their demons. kranky are releasing Listening Matter on 14th October.

TRACK LISTING
1. Initials B.P.
2. Narcologue
3. Anchor as the Muse
4. A World of What-There-Is
5. Layette
6. I Walked into the Blackness and Built a Fire
7. Like There’s Nothing Under You
8. Perennial Comforts
9. Defect
10. A Mantle for Charon
11. In-The-Vapor
12. The Sun is Going to Explode but Whatever it’s OK
13. Ruth
ABOUT SONNET:
“It’s an album that will get slotted into the ambient category, but it’s not ambient in the sense of being something to relax to or to have on in the background. It’s more arresting than that, as ideas crystallize in short, ever-repeating loops.” – PITCHFORK
“…a lush and vibrant collection of isolated drones, hazy ambience and crackling hiss. Sonnet’s ebb and flow glides in a beautifully forlorn way – a direct opposition of the fizzing splendour, or epic doom of the likes of Tim Hecker and Ben Frost.” – DROWNED IN SOUND
“Vague motifs levitate in and out of thick frequencies giving clues to the album’s progression and making it impossible to pause midway. Schedule this in, find a comfy, lonely spot – hire a surround sound if you need to.” – THE SKINNY
https://pioulard.bandcamp.com/
https://www.facebook.com/pioulard/