BAMBOO share ‘Thinking Of You’ from new album, The Dragon Flies Away due 12th September Via Crumb Cabin + Live dates 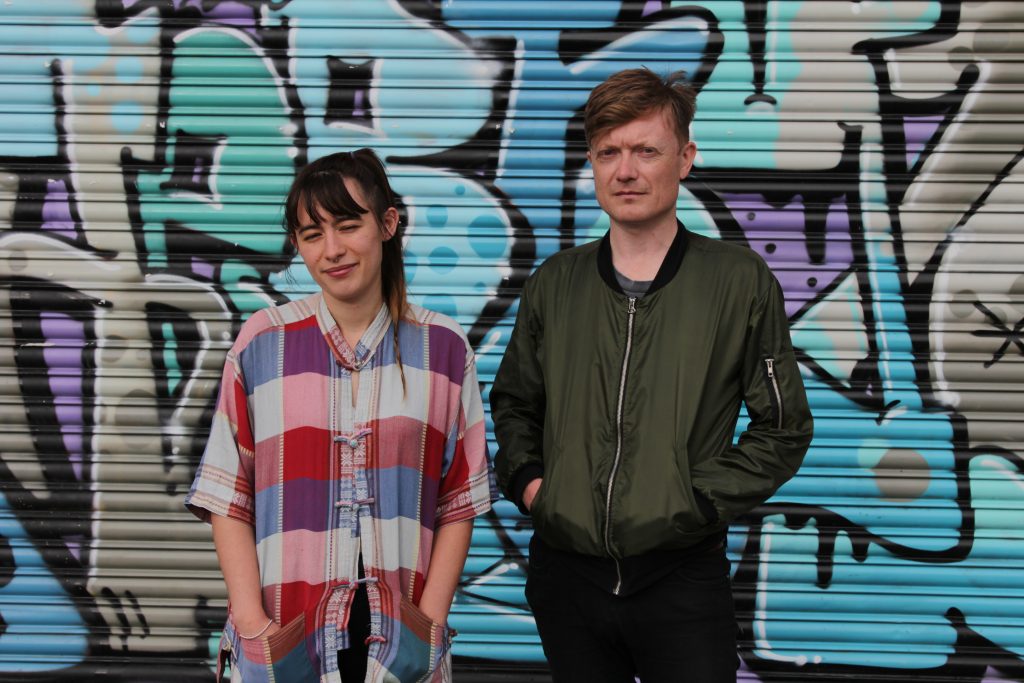 Plus live dates this Autumn

BAMBOO, the ongoing project from Nick Carlisle (of Peepholes, Don’t Argue) and Rachel Horwood (of Trash Kit, Halo Halo) announce their second studio album, The Dragon Flies Away, due 12th September on Crumb Cabin.
Released on a limited run of 50 cassettes with an accompanying zine designed by Horwood, The Dragon Flies Away tells a story loosely associated with the Hannya demon mask of Noh theatre plays such as Dojoji, reflecting the range of emotion the Hannya mask is capable of displaying: obsession, jealousy, sorrow and rage.
Vivid and deeply poignant, Bamboo’s music locks into a magnetic attraction between Horwood’s flawlessly resonant folk cadence and Carlisle’s pristine synth production. Far from being a side-project, Bamboo is very much a fully realised pursuit, with the band working on multiple records simultaneously from their Brighton and London base camps.

Overlapping the writing and subsequent release of their debut album, Prince Pansori Priestess, on Upset The Rhythm in December 2015 (5 stars – Record Collector magazine), The Dragon Flies Away was recorded between Spring 2015 and Summer 2016. Bamboo intend to perform this album live in full, and to explore the theatrical potential suggested by the music.

Bamboo will be playing the following shows in the coming weeks:

‘The Dragon Flies Away’ is available September 12th as a limited cassette available exclusively through Crumb Cabin and via digital platforms. Pre-order link here:https://crumbcabin.bandcamp.com/album/bamboo-the-dragon-flies-away
Tracklisting:
1) Hannya
2) Always Running
3) Thinking Of You
4)…I’ll Never See You Again
5) Like A Sparrow
6) Wake Up Your Heart
7) The Brain In The Heart
8) The Dragon Flies Away