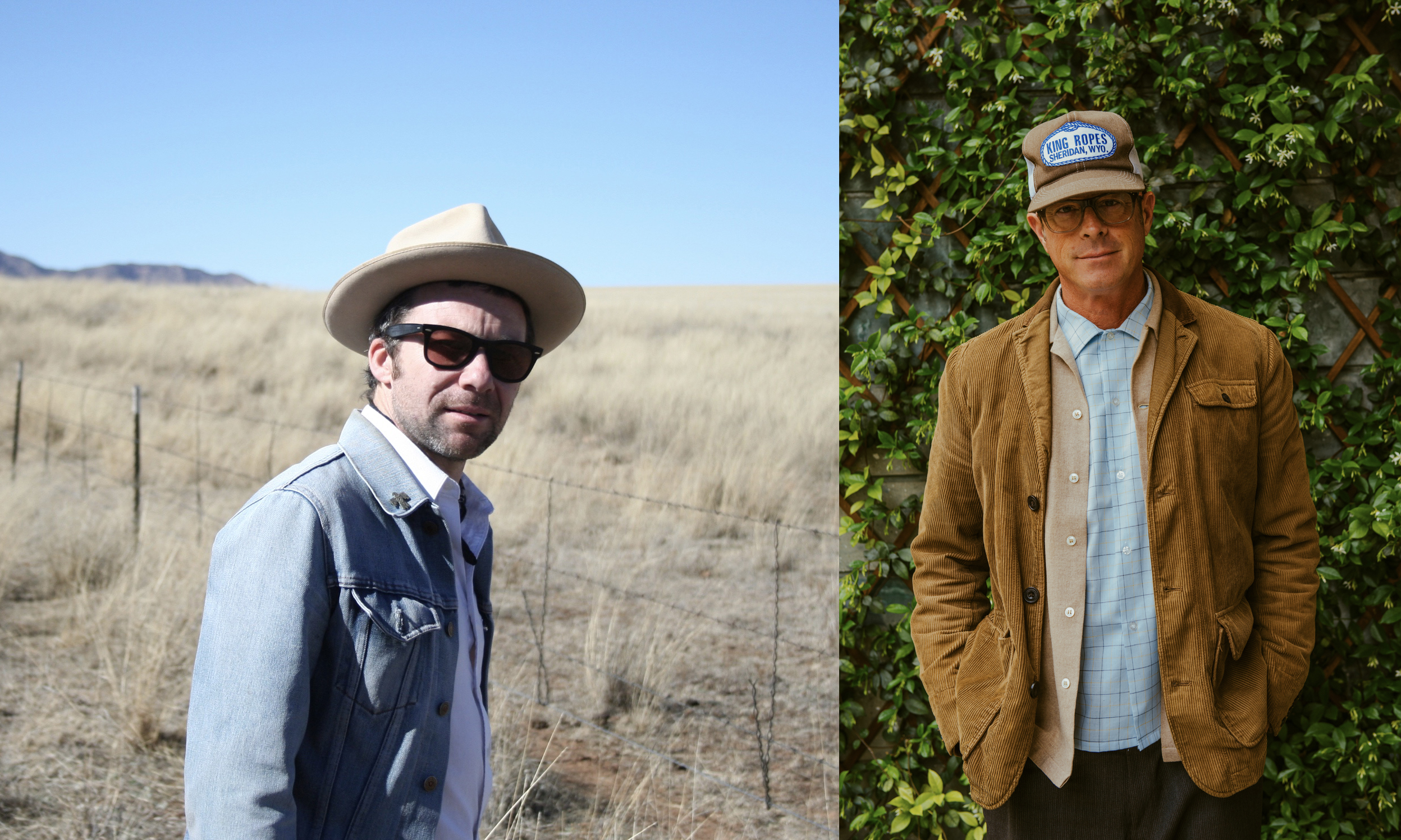 Calexico’s John Convertino and friend Naim Amor will release a musical tribute to the Southwest on Oct 23rd. The album is titled ‘The Western Suite and Siesta Songs’ and will be released via the Living Music Duplication label.

The first track from the album, “Tucson, Paris”, is streaming below.

The Western Suite and Siesta Songs, the first release by newly formed duo Amor~Convertino, is the perfect soundtrack to a drive through the desert Southwest. The thin, straight line of the road, unending to the horizon; dark, distant rainclouds hovering far ahead and above; the feel of the heat on the asphalt; and most of all the space… Space and time have come together in the Southwest to create an environment unequaled elsewhere in elegance and beauty. Amor~Convertino have created a classic record matching those desert roads and views of Arizona, New Mexico and West Texas. It’s a singular record of space, elegance, beauty.

Naim Amor and John Convertino (Calexico) began these songs as two solo musicians working alone. But when they came together in collaboration, the compositions, and the subsequent album, really elevated into a complete work. The fact that half of his album was recorded in the wintry desolation of Ohio in one of the coldest winters in recent memory is telling. John Convertino, a long time desert dweller, found himself living in the Midwest for a spell, in the midst of one of the worst winter in recent memory­ “I had some time alone in this giant house my family and I were living in. with the snow falling all around, I found myself with a certain longing for our old home in the desert, and these songs came out.” He recorded in a big room, alone, direct to four track, managing with very simple equipment to capture piano, accordion, and incredible analog drum sounds (the kind of sounds that many studios of high quality try but can never imitate, because there is something about a skilled musician working alone, in his own house, that can’t be reproduced). Those master cassette tapes were mailed to Amor, who added arrangements and his signature guitar style, and this proved to be just what the tracks needed to be complete.

Amor, who is originally from France but has lived in Tucson for many years, was in Tucson composing what became the other half of this record, “The Western Suites.”Says Amor: “I knew that I had enough material to make a stand alone project, an album, a “Southwestern” opus of some sort. But of course a lot was missing. But what ..? Something is missing, that’s precisely where creativity comes in. I feel creativity as a movement , a friction even. It seems like the interaction of two forces, one being a sense of authenticity ,of being true to yourself, using your own “words,” coming from a “familiar” place almost. And the other, the challenge of digging the unknown, pushing further to find out what you could become…” Each musician needed each other to finish these works, to complete the record. And on the Western Suites, an incredibly atmospheric love letter to the Southwest, Amor’s brittle electric guitar stabs, lyrical acoustic guitar playing, and cirrus cloud lap steel combine with hovering space echoes and the rattlesnake hiss/thunderous boom of Convertino’s drums to create an epic sequence of themes and variations upon those themes.

Working with John on this album put me at the heart of that friction. While John’s unmistakable drumming felt so natural on my songs, I had to hopefully compose arrangements on his songs that would feel as spontaneous ,and that was the challenge. John had the intuition that all these pieces could work together as one. This framed a project in which we both expressed and experimented to prove that intuition right.”

Each musician’s compositions conjure up not only so many vivid scenes and vistas, but also characters, and moments in lives. Amor~Convertino have created a masterpiece of Southwestern music, an album that in its’ entirety should be swept up and used as the soundtrack to the best Western film since Once Upon a Time in the West. But perhaps its better to let the listener create the film: the scenes, the characters, the beauty and space of this part of the world are all there.