The Decline (Skate-Punk / Perth, Australia) Announce UK Tour This Summer & Vinyl Pressing Of ‘Are You Gonna Eat That?’ 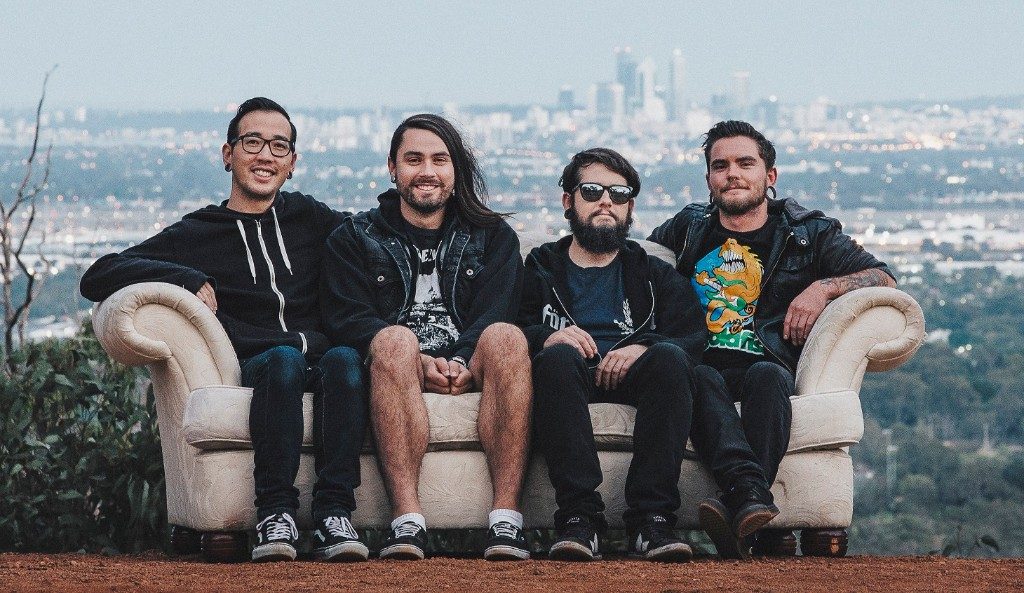 Watch: The Decline – ‘Showertime In The Slammer’: https://youtu.be/vZeaOjNFx5U

“The Decline! write powerful songs that naturally move the heart. They’re an act that are reviving the skate punk scene by committing themselves to music and the rush of life.” – Puregrain Audio
“short, sharp, punk songs that are crammed full of cutting guitar, multiple hooks and layered harmonies.” – Uber Rock
“The Decline are bringing punk back to its beautifully chaotic roots, one complex riff at a time.” – Already Heard
“dust off the back of Tony Hawks Pro Skater, and finish the game in roughly the same amount of time as the record takes to play through. Bliss.” – Louderthanwar
“a fine addition to the skate punk canon, a taste of California in the nineteen-nineties straight from the mouths of a bunch of twenty-first-century Aussies.” – The Daily Slice
“With energy reminiscent of the punk icons of the past, this Australian four piece have come out all guns blazing” – The London Economic
The Decline from Perth Australia are to hit the UK this summer for a short run of Co-Headline shows with Fair Do’s from Manchester.
The UK tour is in support of the release of a Limited Editon 12″ splattered frosted clear vinyl pressing of 2011’s ‘Are You Gonna Eat That?’ album, through Pee Records.UK/EU Pre-Orders for ‘Are You Gonna Eat That?’ went live through Disconnect Disconnect Records in late April and sold out instantly.
The record is available to purchase directly through Pee Records and from the band on the upcoming UK Tour.
Link: http://www.peerecords.com/site/product/pv013/

Speaking on the upcoming tour dates, Pat Decline said “Our first trip to the UK last year was a blast. The scene was really warm and welcoming and the shows went off! So, obviously we can’t wait to make it back over with our mates in Fair Do’s. Even if we don’t understand why you drink ale warm and put carpet in your bathrooms”.

The Decline will play six shows in the UK with Fair Do’s before heading off to Mainland Europe for an extensive run of shows throughout August. EU shows TBA.

‘Are You Gonna Eat That?’ Limited Edition 12″ vinyl will be released in the UK on Friday 29th July.

The Decline on tour: 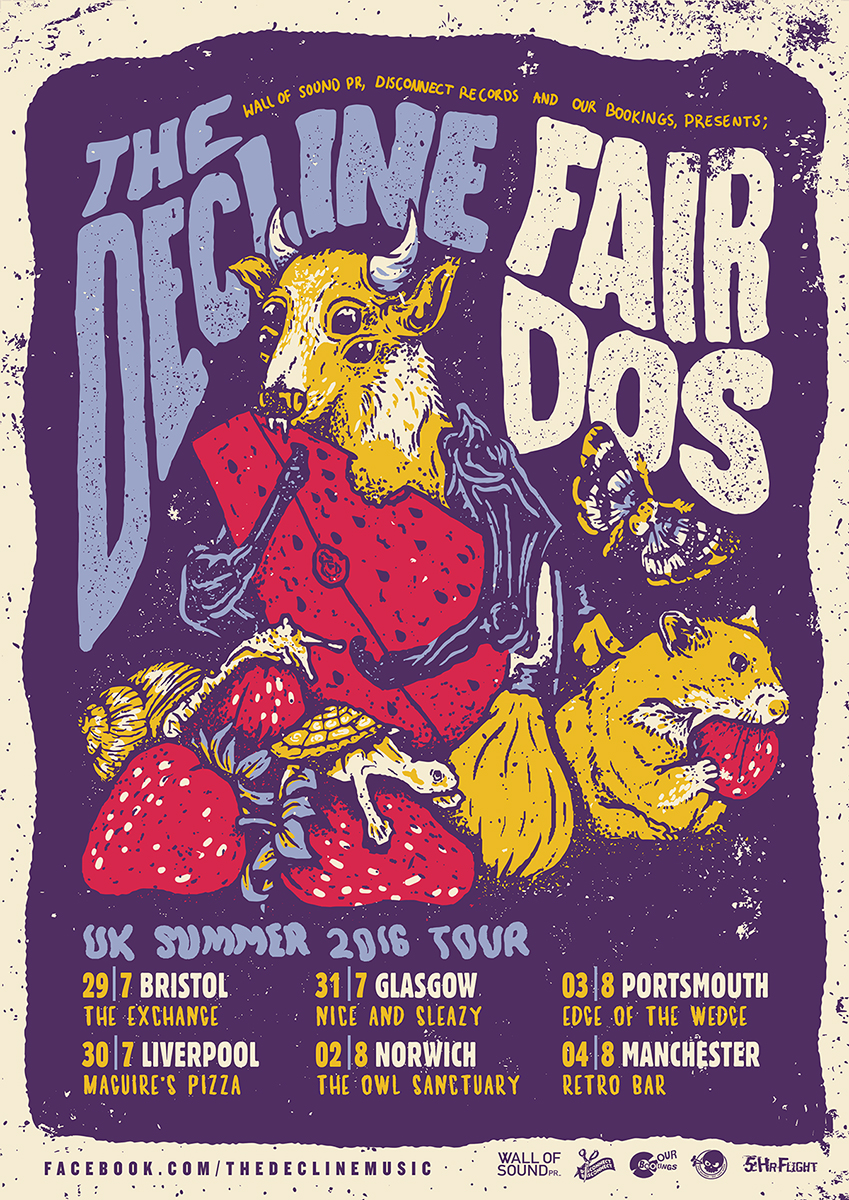