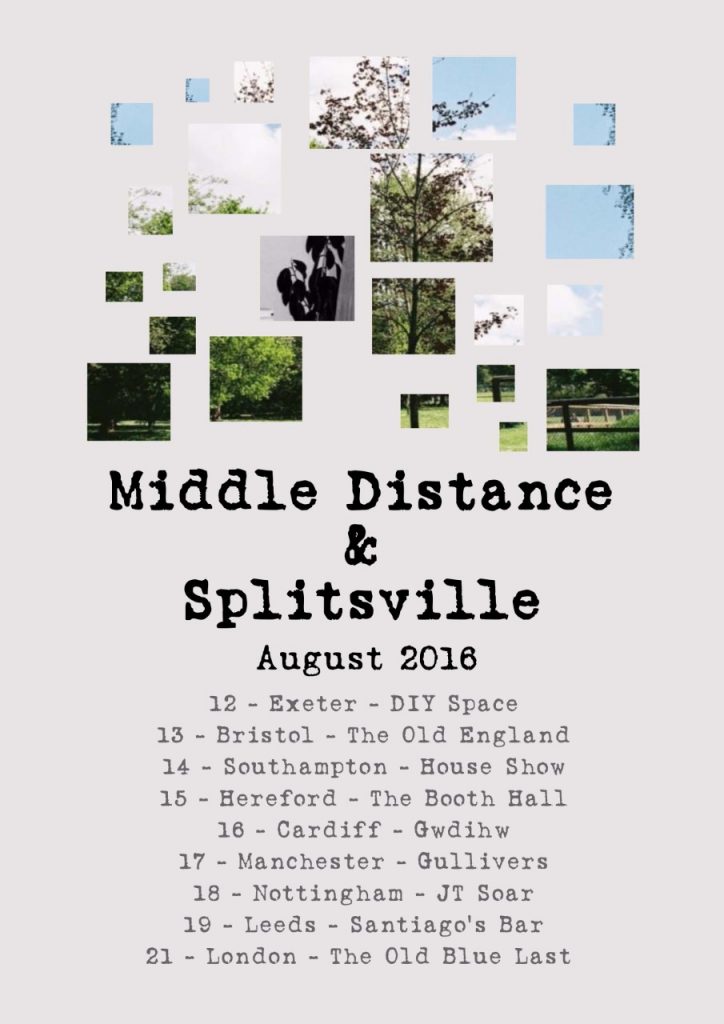 After the release of their debut EP Blackouts in October 2015 and in anticipation of their second release, which is coming soon, Exeter-based punk / grunge band Splitsville have confirmed a co-headlining UK tour for this August with Buckinghamshire alt-rockers Middle Distance.
Despite only coming together as a four-piece in mid-2015, the band have already supported the likes of Gnarwolves, Bangers and Muskets, as well as doing a weekender with Bristol sad-punx Pushing Daisies in March 2016.
Drawing influence from the likes of Touché Amore and Brand New, as well as their peers in the thriving UK DIY punk scene, the band are excited to bring their energetic and cathartic live shows to new places and people.
Starting in their hometown of Exeter, the nine-date tour will pass through Bristol, Southampton, Hereford, Cardiff, Manchester, Nottingham and Leeds, ending in London at The Old Blue Last, which will be the release show for Middle Distance’s new EP ‘Dahlia’. See full dates below:
AUGUST 2016