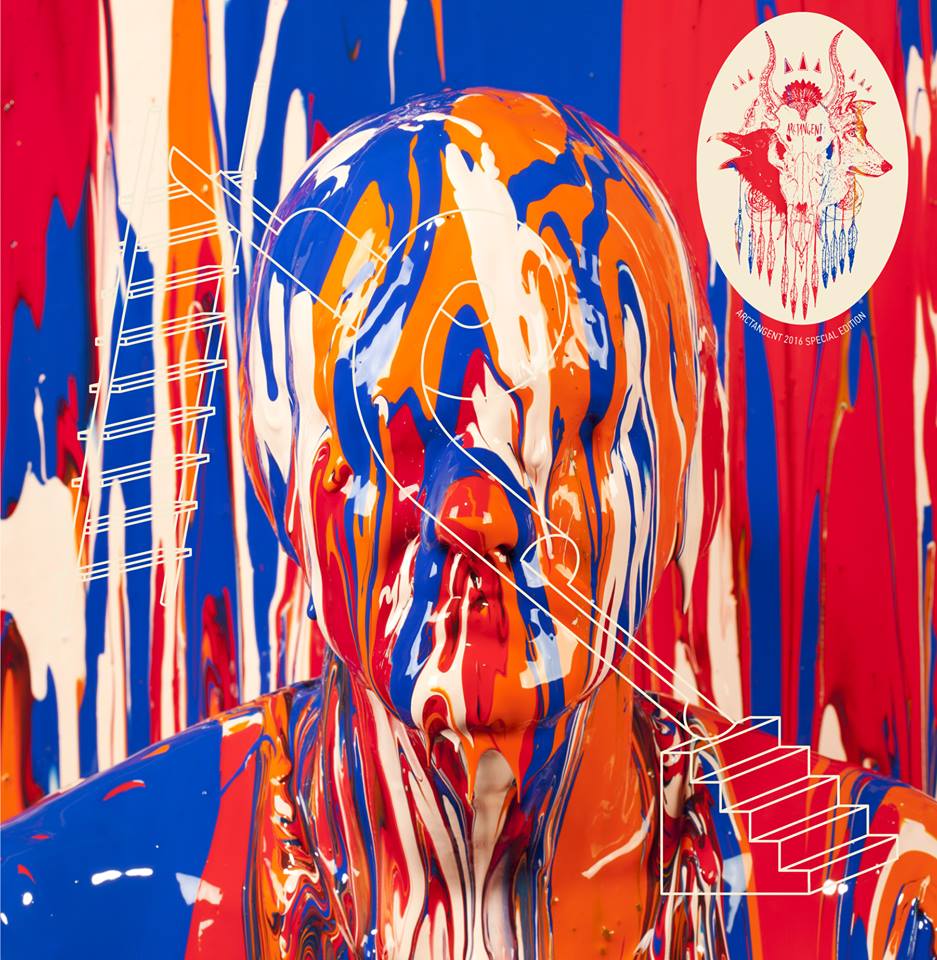 Quadrupède have been invited back to play at ArcTanGent festival this August as part of the Thursday night ‘Super Fans’ night. A limited number of tickets are available for this exclusive evening where returning artists open the festival to a dedicated crowd. Self-confessed as an important milestone in the band’s development, Quadrupède have decided to re-release T O G O B A N as an ArcTanGent limited edition 12-inch cream vinyl.

Didier Gosset of Black Basset Records says: “When Black Basset Records organised its very first release party in August 2013 – a messy affair in Brussels with Mont-Doré and Birds in Row – little did we know that that new English festival called ArcTanGent that we were about to visit one week later would become such an important milestone, both in our calendars and in the development of a small project from Le Mans called Quadrupède that we were hoping to sign by then. To see Joseph and Damien hit the Yokai stage on a Friday morning in front of a massive and enthusiastic crowd two years later proved an astonishing moment. But to hear that Quadrupède would be returning to ATG 2016 as part of the “Thursday returning all-stars” was an opportunity we could not miss. With their debut album T O G O B A N then about to be re-pressed, we decided to mark the occasion with a special ATG edition of the revisited artwork. With a PVC over-sleeve screen-printed on both sides by our friends at Fishbrain Angers, the new pressing – on cream vinyl – manages to keep the original idea of the album’s « double » artwork. Strictly limited to 50 copies, and loaded with stickers, these records will only be available at the festival in August.”
Goc O’Callaghan, Festival Director of ArcTanGent says: “When Didier contacted me about the re-release of T O G O B A N as an ArcTanGent limited edition 12 inch vinyl, I couldn’t help but enthuse over it! As one of the albums that had become a soundtrack at ArcTanGent HQ over the years and something I personally had struggled to get on vinyl, the thought of a limited edition run was very exciting. Knowing how merch hungry the ArcTanGent crowd are, the 50 copies being produced are going to sell like hot cakes! If you want to get your hands on something really rather special then be quick and make sure you’re at the Super Fans Thursday night of ArcTanGent this Summer!”
The re-press of T O G O B A N is already out on the European continent and will be available in the UK via Code 7 Distribution / PlasticHead as of 5th August.