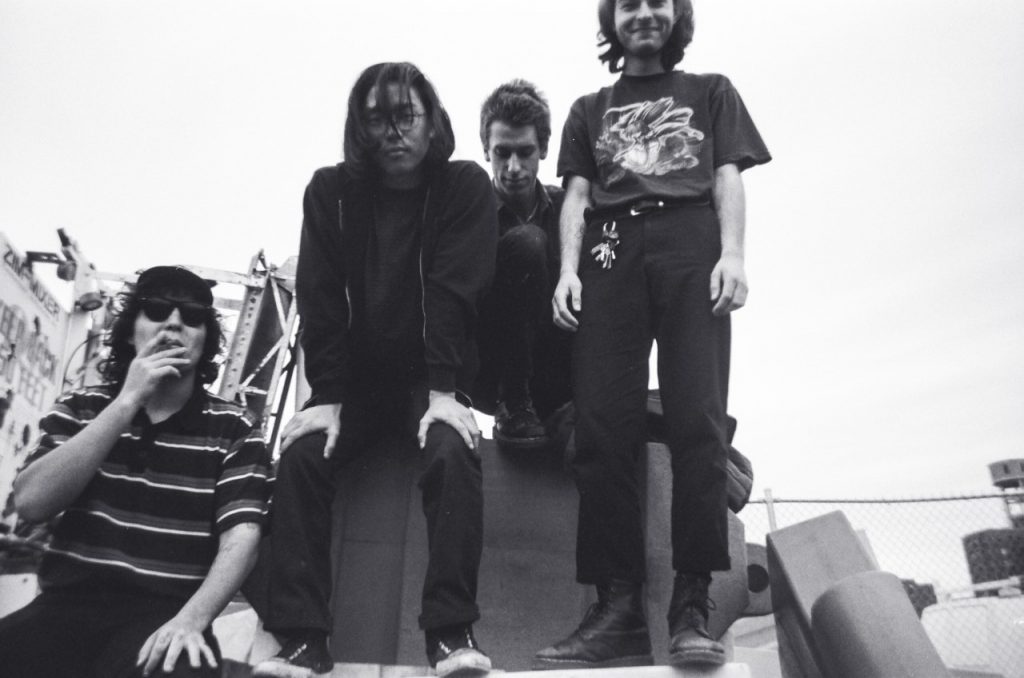 Navy Gangs are a pop quintet currently residing in the washed out and overly demanding area of New York City.  Singer/Guitarist Matthew Tillwick, Guitarist Noah Kohll, and Drummer Gavin Cordaro began orchestrating music together in 2012 at Central High School in the red light district of Omaha where they failed their junior years miserably. For 2 months they took jobs working in the desert dome at the Henry Doorly zoo until they saved enough of their dismal wages for one way bus passes to New York City, where they moved in temporarily with Kohll’s grandmother Estelle. After making some new friends in Washington Square park, the 3 boys found themselves in a basement scene in little Italy. It was there that they met their bassist, Wilson Keithline from Providence, Rhode Island. Together they became Navy Gangs, a troupe who’s songs grab influence from dark rooms, hopeless romanticism, table wine, and back page humour. 90s bands like Superchunk, Archers of Loaf and Dinosaur Jr spring to mind when listening which had us instantly hooked but there is also a definite hint of influence of bands from their hometown label Saddle Creek too.

The Self Titled Navy Gangs EP was recorded in Noah’s grandmother’s home by Joey Kimono straight to 2 inch tape and was mixed and mastered by Steve Marion of Delicate Steve.  The EP also features vocals and percussion from long-time friend Coley Gold, a nomadic vixen who plays shows with the band often but never rings ahead of time (just shows up). Derived from heartbreak, endless internet streaming, and the pain that is being social, Navy Gangs debut EP is a pop miracle.

In May of 2016 the band signed a multi-record deal with No Roads in the US and Super Fan are thrilled to be putting the debut EP out this side of the pond.

“FROM THE MOMENT THAT OPENING, UNSPOOLING GUITAR RIFF KICKS IN, THE TRIO SUSTAINS A CONTINUOUS BROIL OF ANXIOUS DEFIANCE” STEREOGUM

“PLAYING A BAND I KNOW LITTLE ABOUT BUT LIKE VERY MUCH” MATT WILKINSON, BEATS 1 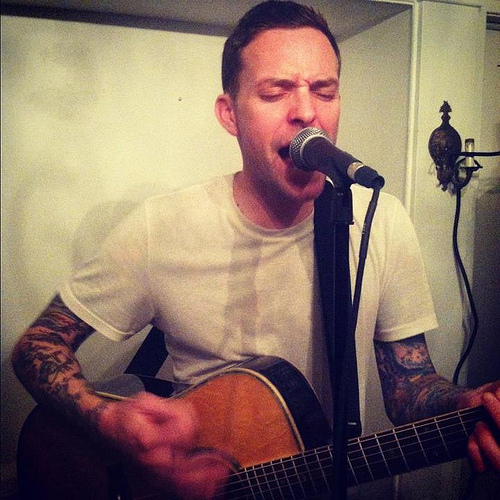