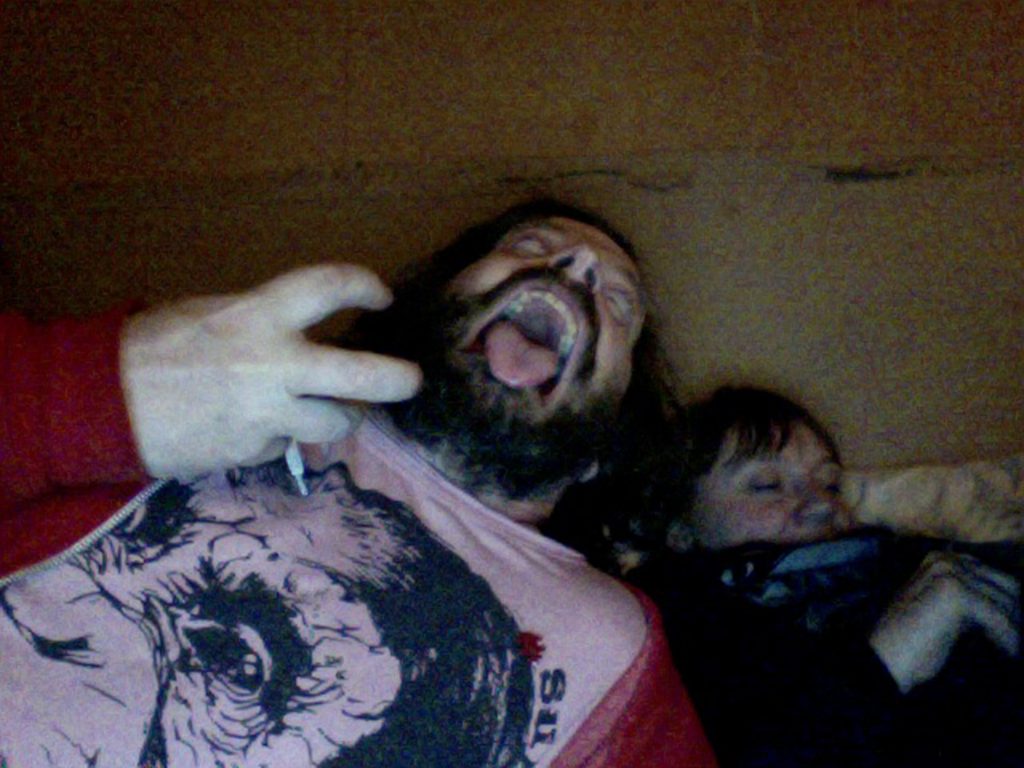 Due Out September 2nd via Exploding In Sound / Defer Records

J&L Defer is thrilled to announce the release of their debut album No Map coming September 2nd on Exploding In Sound and Defer Records. The duo of Anita Rufer andGabriele De Mario, better known as the core of Zürich, Switzerland indie rock luminaries Disco Doom, are sharing their debut single “Hard Fiction Road” today via Stereogum. While Disco Doom’s sound often invokes the 90s fuzz of their pals in Built to Spill and influences that range from Royal Trux to Silver Jews, J&L Defer (pronounced Deaf-er) is a far different band, free of genre restrictions and void of expectations.

Their album’s title No Map is more than just a name, it’s the band’s entire state of being. Built upon lush backdrops and layers of building and bubbling guitar, synth, drum machines, piano, and omnichord, J&L Defer’s music is thought provoking and full of meditative depth. Recorded on 4-track and 16-track machines, the album and it’s serene constructions and entirely analog, captured to tape at the band’s own M.I.R. Tape Rec. Unit in Zürich.

“the album’s lead single, needles its way into existence, setting up a meditative and slender frame that’s built around small sonic payoffs, repetitions of phrase and sound that echo in permutations throughout. “I wanna know what it’s like to be okay,” De Mario sings, his voice hushed and muted, as if he’s ready to be swallowed up by it all. He’s joined by Rufer on the back half, slightly out of step, and the music in turn becomes more confident and assured: the drum fills in, guitars cascade off into nothingness. This is heady, masterfully constructed music that takes its time to sink in, that reflects the wonder, uneasiness, and occasional tranquility of life.”

Anita Rufer and Gabriele De Mario, the core duo of Switzerland’s Disco Doom, are unimpressed by the ubiquitous obligation to always look for the new to only find the old again. Free from the zeitgeist, the duo work at their own pace as J&L Defer, an experimental project independent of all style guidelines and expectations. J&L Defer have spent the past few years playing live at clubs, galleries, festivals, bars, cellars, studios, and garages, developing their sound through unique performances and a desire to create music that expands beyond genre borders and limitations. After years of studio experimentation and songwriting together (in between Disco Doom albums), J&L Defer are set to release their debut album “No Map” on September 2nd via Exploding In Sound and Defer Records.

Bound to no scales or directions, J&L Defer create an infinitely expansive universe from their own extensively explored paths. Sometimes those paths touch upon memories of known patterns only to remind you of their insignificance. Objectives are discarded and expectations are responded to with indifference, as J&L Defer make use of genres only to escape them.

Centered around the idea of “nowhere, to no one,” Rufer and De Mario have created a record without concern for the outside world. Having played together for many years J&L Defer meander through their dreams and ease out their sounds, mixing beats with alienated guitars and voices which seem to come from a far. Repetitive song structures reverberate long after their finish, sticking to your memory with inescapable clarity. The tension built throughout “No Map” gets lost in the flickering of tones as the climaxes shift and the mood of the moment is all that remains.

J&L Defer recorded their ten track debut over the last two years (between tours, shows and production work) at their own studio M.I.R. Tape Rec. Unit in Zurich – a perfect starting point for a new adventure.