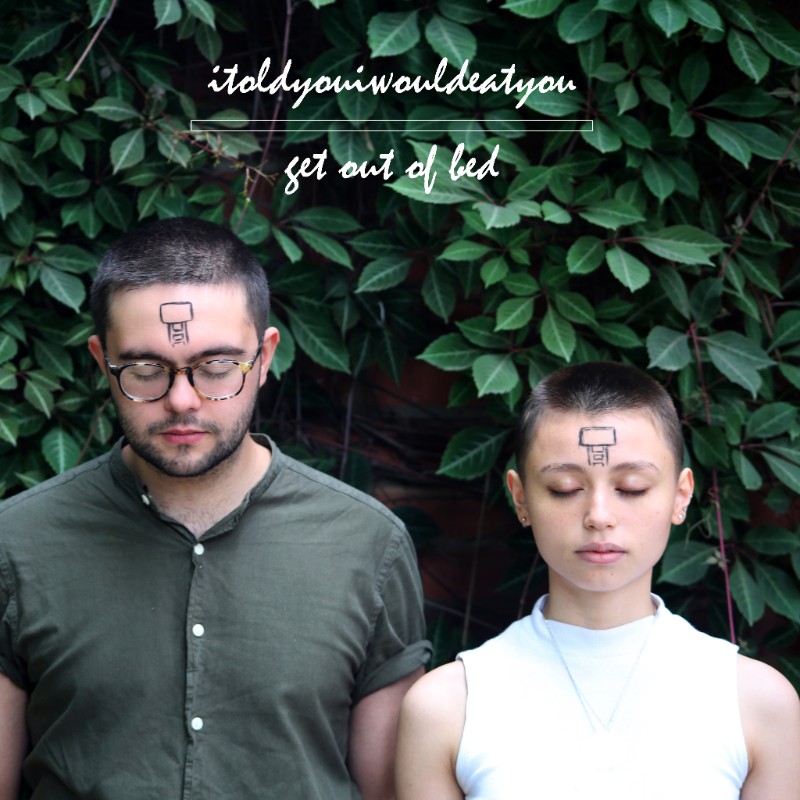 Get Out Of Bed is the first single to come from itoldyouiwouldeatyou’s forthcoming EP set for late September release.

Get Out of Bed is a perfect example of ITYIWEY’s capability in expressing their creativity both lyrically and musically. It wonderfully merges math-rock with emo and warmly comforts you with vocalist Joey Ashworth’s soft and calming vocals. The song itself tells the story of Joey’s mental health and his relationships with ex-partners and friends. Joey was kind enough to share some thoughts on the track:

“In short, I was depressed and didn’t want to get up. I tried not to obsess and I couldn’t, I tried not to despair and I couldn’t. Instead I put all my effort and hope into a relationship, which, sidenote, no one should do ever. This song is about recognising that desperation and having a go at shrugging it off in a self-aware way.”