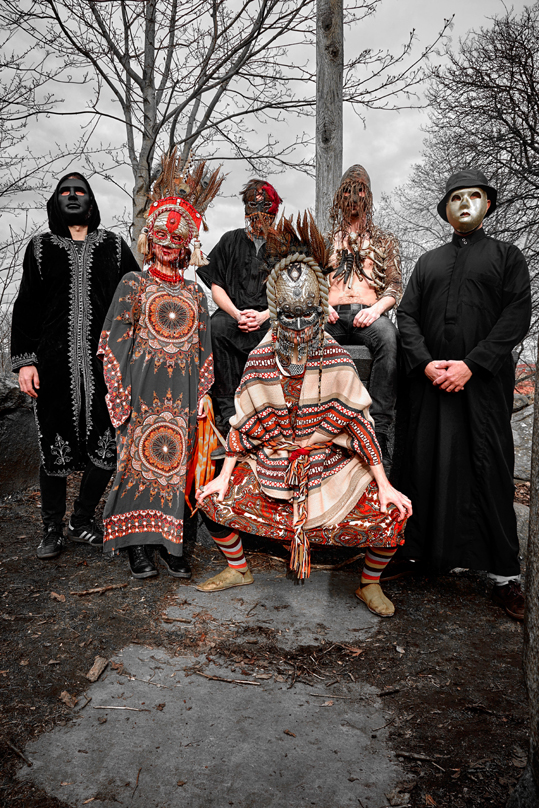 Rocket Recordings are excited to announce a new album from Swedish psychsters,GOAT.  Requiem will be released on 7th October 2016 and the band will be on tour in Europe from October, as well as playing at some summer festivals.  Dates below.

In a culture obsessed with content, saturation, and continual exposure, it’s rare to find artists who prefer to lurk outside of the public eye. Thomas Pynchon is perhaps the most notable contemporary recluse—a virtually faceless figure who occasionally creeps out of hiding to offer up an elaborate novel steeped in history and warped by imagination—but for crate diggers and guitar mystics, Sweden’s enigmatic GOAT may qualify as the greatest modern pop-culture mystery. Who are these masked musicians? Are they truly members of the Arctic community of Korpilombolo? Are their songs part of their isolated communal heritage? Their third studio album, Requiem, offers more questions than answers, but much like any of Pynchon’s knotty yarns, the reward is not in the untangling but in the journey through the labyrinth.

Western exports may have dominated the consciousness of international rock fans for the entirety of the 20th century, but our increasing global awareness has unearthed a treasure trove of transcendental grooves and spellbinding riffage from exotic and remote corners of the planet. GOAT’s previous albums World Music and Commune were perfect testaments to this heightened awareness, with Silk Road psychedelia, desert blues, and Third World pop all serving as governing forces within the band’s sound. But GOAT’s strange amalgam isn’t some cheap game of cultural appropriation—it’s nearly impossible to pinpoint the exact origins of the elusive group’s sound. The fact that they pledge allegiance to a spot on the periphery of our maps bolsters the nomadic quality of their sonic explorations. WithRequiem, GOAT continue to rock and writhe to a beat beholden to no nation, no state.

GOAT’s only outright declaration for Requiem is that it is their “folk” album, and the album is focused more on their subdued bucolic ritualism than psilocybin freakouts. But GOAT hasn’t completely foregone their fiery charms—tracks like “All-Seeing Eye” and “Goatfuzz” conjure the sultry heathen pulsations that ensnared us on their previous albums.

Perhaps the most puzzling aspect of Requiem comes with the closing track “Ubuntu”. The song is little more than a melodic delay-driven electric piano line, until we hear the refrain from “Diarabi”—the first song on their first album—sneak into the mix. It creates a kind of musical ouroboros—an infinite cycle of reflection and rejuvenation, death and rebirth. Much like fellow recluse Pynchon, rather than offering explanations for their strange trajectories, GOAT create a world where the line between truth and fiction is so obscured that all you can do is bask in their cryptic genius.

Earlier this year, GOAT released the first single from the album, “I Sing In Silence”. 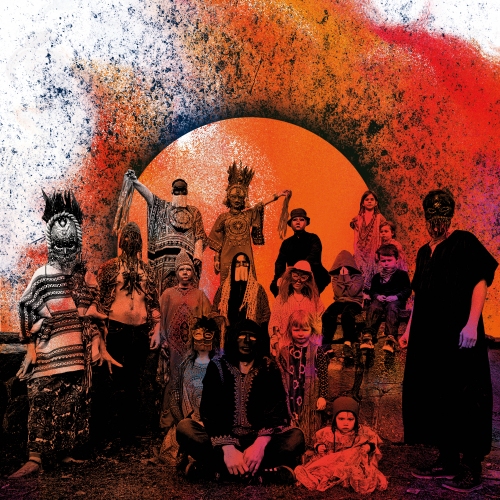 MONO announce details of their new album, ‘Requiem For Hell’