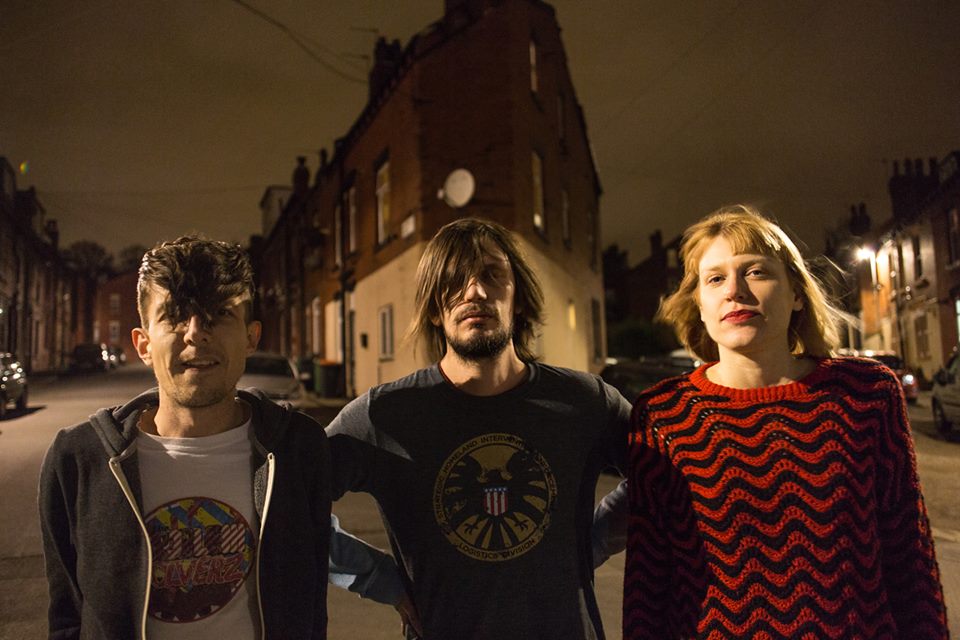 With only a month to go before the release of their new album, Paranormal Romance, Leeds trio Cowtown have shared ‘Tweak‘, a blistering, blink-and-you’ll-miss-it thrash-about denouncing the perils of insomnia: “Tweak tweak tweak my brains pulsing / I can feel my brain pounding / my mind it just won’t obey / tweak all night and sleep all day”. Listen here:

Cowtown are to release their 4th studio LP Paranormal Romance this August 19th with Sheffield DIY label The Audacious Art Experiment and new Folkestone label and record store Hot Salvation on limited pink vinyl. Happy Happy Birthday To Me Records will release in the US, and Gandula will release in Spain.

Formed in Leeds 12 years ago, but like Gang Of Four, born in a variety of other places, Cowtown are made up by David Michael Shields (drums), Hilary Knott (keybass/vocals) and Jonathan Nash (guitar/vocals) and play econo, dynamic, over-stimulated rock music that embraces a heavily abridged history of rock n’ roll. Serious about fun, the band are a firm favourite of BBC 6 DJ Mark Riley, performing music with an emphasis on positive expression and confronting collective anxieties, creating live shows that focus on what they enjoy and discarding the rest.

Picking up from 2013’s Dudes Vs. Bad Dudes (released by TAAE and the band’s own label City Hands) their latest offering is wildly economic, clocking in at 23 mins across 12 tracks. Drawing influences from bands like The Coneheads, Devo and The Breeders, as well as films such as Teen Wolf and Ghostbusters, songs are later distilled into their absolute fundamentals. It’s not about what they want but what they need, with the delivery being as urgent and tightly wound as possible.

Paranormal Romance was recorded amidst the floods that swept through the city last winter by Matthew Johnson (Hookworms/Suburban Home) at the band’s practice space, Tranquility Base and later mastered by Tom Woodhead (Forward Russia) with artwork by fellow Hookworms pal Jonathan Wilkinson a.k.a Idiots Pasture. The album encompasses the centralised DIY affair that Cowtown have come to epitomise as one of the longest running bands to come from the LS6 area. Jamming econo, recording econo and propelling themselves econo.

Channeling that propulsion this summer, Cowtown will play a number of UK dates and festivals over the summer:

Okkultokrati to release Raspberry Dawn via Southern Lord this September