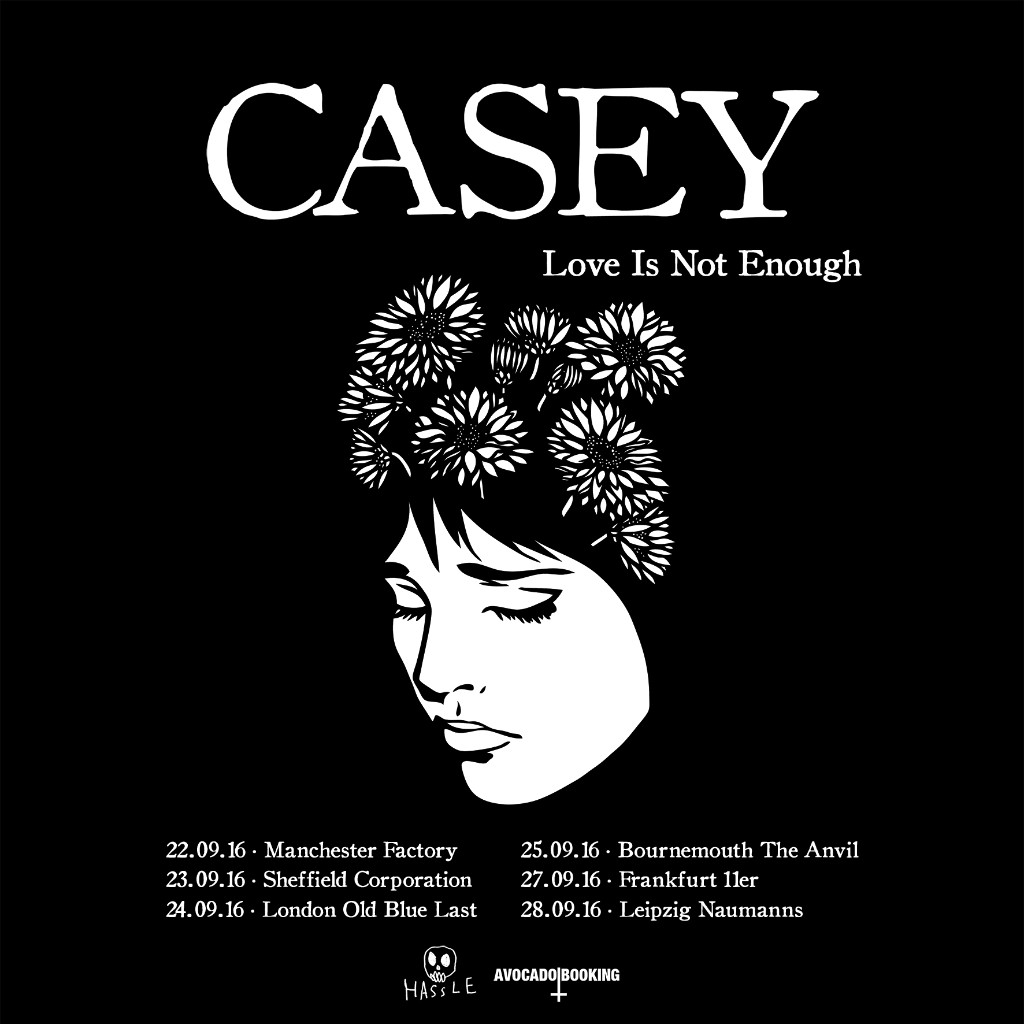 CASEY announce headline shows in September
to celebrate release of debut album ‘Love Is Not Enough’
Out 23rd Sept, 2016 via Hassle Records

South Wales’ CASEY have announced a clutch of four headline shows in the UK around the release of their forthcoming debut album ‘Love Is Not Enough’. The record will be released by Hassle Records on 23rd September and the shows kick off in Manchester the night before with further dates in Sheffield, Bournemouth and London. Tickets are on sale now and the album is available for pre-order too, including two limited-quantity 12” vinyl colour variants and a number of bundle options.

The first track to be revealed from ‘Love Is Not Enough’ is the visceral ‘Ceremony’, which got its first public airing on Daniel P Carter’s BBC Radio 1 Rock Show and features Michael McGough of Being As An Ocean providing guest vocals. According to Casey vocalist Tom Weaver, the composition “vents the frustration that accompanies realising an extensive period of emotional oppression and manipulation has been suffered under the guise of a sincere relationship. The opening verse describes how an unrequited affection was pursued in the belief that true love prevails. This only led into disappointment and disenfranchisement.”

The album as a whole is emotionally driven and its intense impetus leads to a cathartic listening experience. It’s a relatable collection of songs, the themes of which many a rock fan will no doubt be able to identify with. Their continuously expanding fanbase of loyal and devoted followers are integral to Casey’s story to date and only add weight to their music in the live arena.