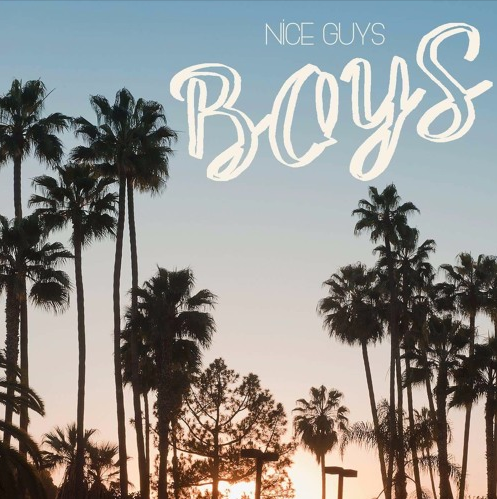 West London’s BOYS have announced Nice Guys as the first single to be taken from upcoming debut EP American Dream, due for release on August 17th. This London 4 piece are simply bursting with potential, a name you should remember.

The track has already gained some notable attention, with the Clash selecting it as Track Of The Day (http://www.clashmusic.com/news/track-of-the-day-227-boy) last Friday

All neighbourhood friends, lead singer Ross and guitarist Mike performed an impromptu gig at Reading Festival, inspiring them to begin writing and recording new music, bringing Kane (lead guitar) and Dan (bass) into the mix too.

Early demos released in 2015 received a great response racking up over 15,000 plays plus support from Amazing Radio and Virgin Radio, leading the band to play several iconic London venues including Barfly, Electronic Ballroom and Brixton Windmill.

2016 has seen BOYS finish the recording of Debut EP American Dreams with Max Bloom of Yuck; a collaboration which has taken the initial demos to a new level, perfectly blending Max’s unique lo-fi production style with the innovative song-writing of the band.