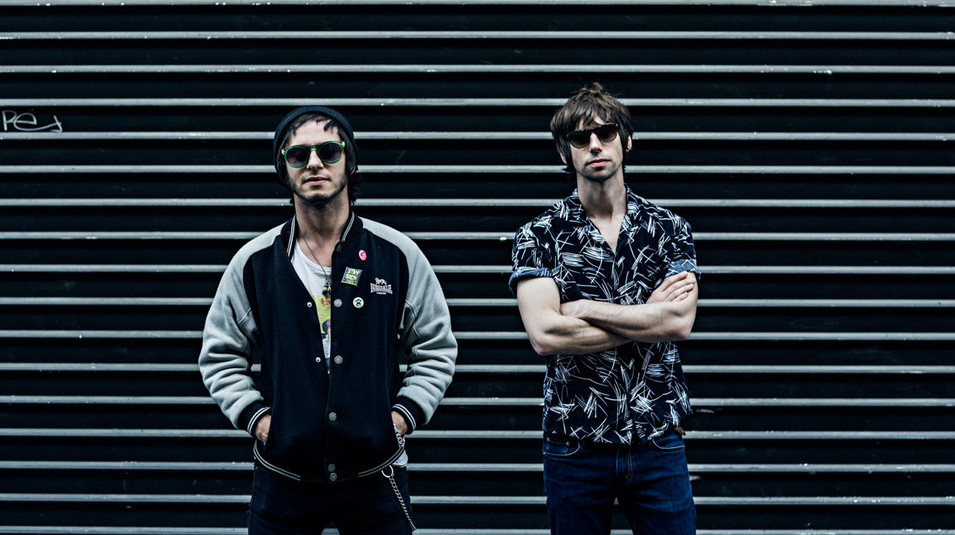 French / British duo Bosco Rogers have released a new video for their single, True Romance today, just in time for the summer heatwave.

Made by Swiss film directors Ramon & Pedro, the new video pays homage to the colourful and cheesy MTV era music videos when the channel first started in the early 1980’s. Whilst the fear of nuclear war was hitting every front page of the media, it certainly didn’t stop some people from enjoying the glitz and glamour of what was on rotation at the time.

Anthemic single ‘True Romance’ acknowledges the sadness of our current climate and the irony surrounding our lives within it all: “The world is burning and some people couldn’t care less as long as the party doesn’t stop,” explains frontman Del Vargas. “We are not those kinds of people. ‘True Romance’ is about never losing your sense of curiosity or wonderment at the world.”

Citing influences including The Monks, The Gories and The B-52s, the Bosco bro’s are the antidote to the bleached-out banalities of earnest introspection and tawdry try-hards. Dividing their time between Hastings, UK and Rouen, France, where Barth and Del both run recording studios, Bosco Rogers have crafted a debut album, ‘Post Exotic’ that is the very antithesis of these uncertain and shadowed times in which we live. It sits partway between the real world and a self-created sphere of escapist, wild abandon; it is a raucous sprint through half a century of wig-flipping surf/rock music and on into the future.

Pick up ‘Post Exotic’ at https://lnk.to/BoscoRogers_PostExotic and find the band online at the following URL’s: