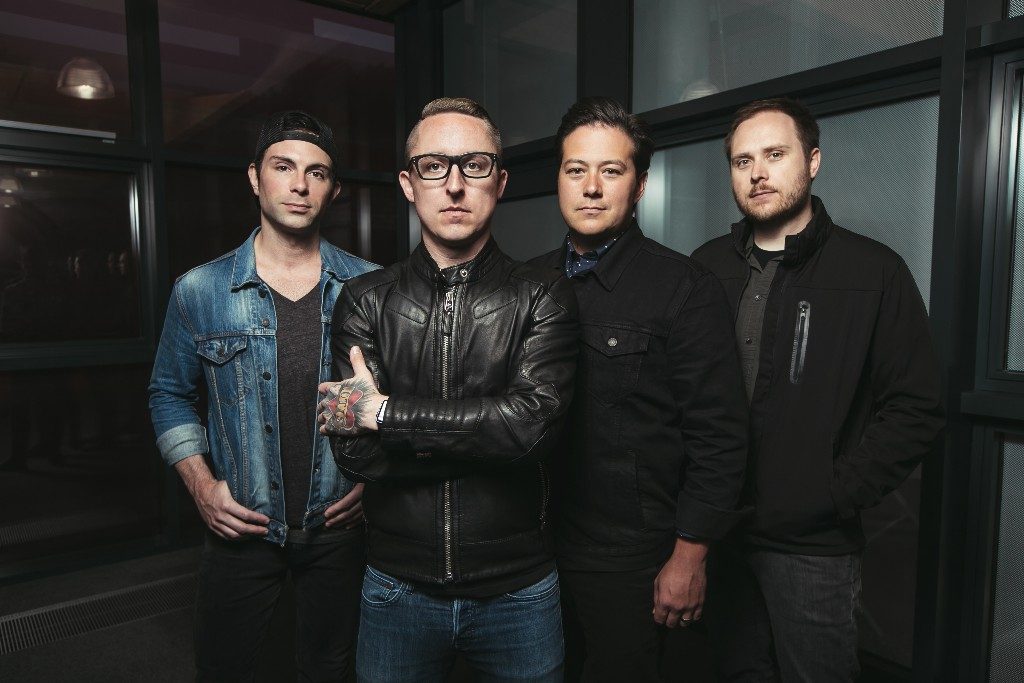 “When saying farewell, it is hard to know where to start, especially when there are so many reasons not to say it, but the time has come to share this news,” said YELLOWCARD in a unified statement. “After countless discussions and months of thought, we have decided that it is time for Yellowcard to come to an end. This will be our last album and our final world tour.”

With this statement, YELLOWCARD have announced that the band will be releasing their final self-titled album on September 30, 2016 on Hopeless Records and embark on ‘The Final World Tour’, kicking off on October 6 in San Antonio, TX and reaching Europe & the UK in December. “We wanted to have the chance to share our farewell with as many fans around the world as we could, and now is the right time to do just that.”

‘Yellowcard’ was a very personal journey for the band that was self-produced by Ryan Key and guitarist Ryan Mendez with long-time ally and close friend Neal Avron close by as Executive Producer. “The motivation behind this was to make sure these songs came from a place that was deeply rooted in us,”they explain about taking the reins and crafting it from top to bottom. “We wanted to push ourselves to create a lasting finale for this incredible story on our own. It is also why we chose to self-title the album. We were lucky to still have our friend and mentor, Neal Avron, on board as Executive Producer. We’ve made one of the strongest records of our career and a fitting final creative piece.”

Pre-orders for ‘Yellowcard’ begin today at www.yellowcardrock.com which includes an instant download of the opening track ‘Rest in Peace’.  Pre-sale VIP packages for the tour are also available now. Public on sale will begin June 28th.

As the band spends their summer on the Vans Warped Tour before launching into their final stretch, they are especially appreciative to the fans that have been there every step of the way. “We will be forever grateful to Yellowcard fans all over the world for the opportunities you have given us. We have played shows for nearly two decades on six continents, and had the chance to keep recording the music we love year after year. While it is with sadness that we say goodbye, it is with gratitude and amazement that we look back on a career we can be proud of, and were so very lucky to have had.”