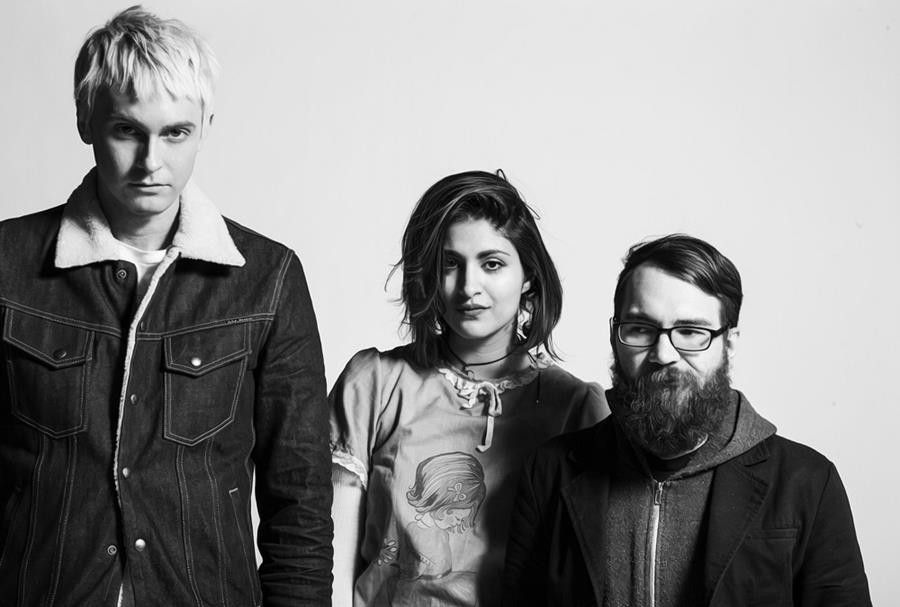 “Hooray For Me’s lead single is “Senior Pictures.” The track finds lead singer and guitarist Jared Micah clamoring, I like the way you comb your hair/ I like the subtle way you roll your eyes with dry affection over spazzy guitar spurts and drummer Preetma Singh’s solid grunge beats.” – The FADER

“There are too many bands in the world, most of them terrible, but all the shit makes the rare great band even more exceptional; Vomitface is one of those gems.” – Vice

“Enter Vomitface, a band with a portmanteau filthy enough to make Mudhoney cower… this erratic bunch have some colorful ideas.” – NME

Jared Micah (vocals/guitar) and Preetma Singh (drums) found themselves trapped in their Jersey City, NJ, home during Hurricane Sandy. Drawing inspiration from their depressing surroundings and a shelf full of equally depressing records – Slint, Shellac, and Babes in Toyland, to name a few – Micah and Singh decided they had nothing better to do than to write loud songs. Those songs eventually became a band that they decided to call Vomitface, despite several industry professionals subsequently telling them that was a bad idea.

From the beginning, Vomitface pledged to steer clear of the latest production trends and micro-genre tags, but despite their best efforts they soon became known as New York City’s buzziest “black-surf avant-grunge sludge-pop” band (a term Micah may have coined himself). In 2014, Vomitface released their debut EP, S/T, followed immediately by a second EP, Another Bad Year, in 2015. The quick output, combined with a slew of DIY shows and tours, landed Vomitface on a list of “Hardest Working Bands in NYC” (Oh My Rockness), an accolade that contradicted a number of previous articles that had them pegged as “best new slacker rock.”

Following the release of Another Bad Year, Vomitface headed into the studio with bass player Angela Phillips (not pictured) and engineer Steve Albini to record their debut full-length, Hooray for Me (out 8/26/2016 on Help Yourself Records). Recorded in two days in mostly single takes, Vomitface left the studio with an album that finally encompassed the raw and unhinged energy the band had been striving for all along. After the session, Albini even went so far as to tell the band that the songs “sounded fine.”

The final product is an album full of sharp, deceptively catchy songs, each delivered with a selfdeprecating smirk. The son of a Tennessee preacher, Micah began writing songs in high school around the same time he started working at the local record store, where he would book after-hours shows and sneak out punk records behind the manager’s back (he was fired). Singh is a law school graduate, who can beat the shit out of the drums and do a spot-on Courtney Love impression at karaoke. Singh’s booming drum kit is the first thing you hear on opener “Senior Pictures,” with Micah’s buzzsaw guitar following close behind. On “Dramamine” and “It’s Me,” vocal harmonies layer over voyeuristic glimpses into the band’s collective misfortunes. The band’s nihilism and generational self-loathing boils over on “Chew Toy,” a five minute dirge that ends with Micah sarcastically showing off his millennial participation trophies (“I hear applause it’s all for me / Hooray for me”).

Vomitface recently relocated from NYC to Singh’s hometown of Toronto, Canada. With a new home base, multiple tours on the horizon, and a debut LP, Hooray for Me – making a tumultuous splash on 8/26/2016 via Help Yourself Records – the pessimists in Vomitface may very well experience their longawaited first good year.