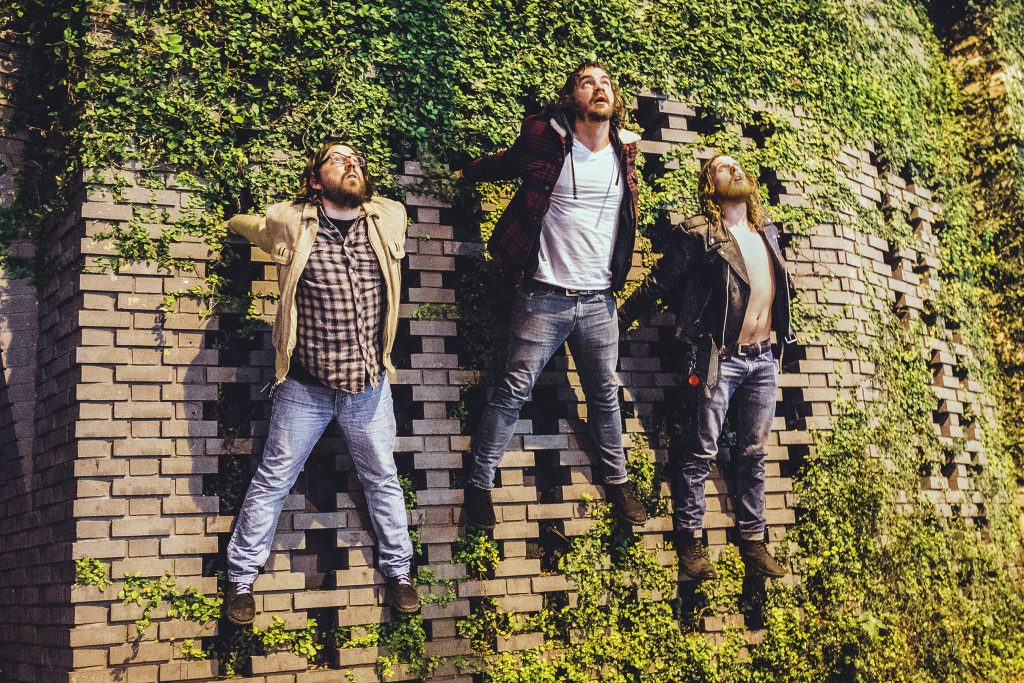 The Blind Pets recently released their latest album, Sharon Is Karen, via their own Sup Bob Records but the Austin garage grunge trio aren’t slowing down. The band are excited to premiere the record’s first music video for stand-out single “Big Kids” via Substream Magazine. Self described as “rock ’n’ roll faith healers,” The Blind Pets will make you believe. Blending stoner punk, garage pop, and reckless grunge, The Blind Pets are hard drinking and full of love, and their garage riffs are ready to get down and wild. The single is rock & roll as hell… a song about the industry and the “sink or swim” mentality, with a new bleak video to match.

Substream shared “The accompanying music video for “Big Kids” features vocalist/guitaristJoshua Logan in the leading role as a businessman who would much rather drown in a swimming pool than face another day of work at a presumably exhausting and trying job. This narrative shares screentime with clips of the band performing the song in a room as projected lights and images scatter about.”

The FADER described “Big Kids” as “a fuzzy, Cramps-like track about the sink-or-swim mentality in the music industry (and, let’s face it, a lot of other industries)” before expanding with “At the end of the day, we just gotta save ourselves sometimes, and this mordant track from the “rock ‘n roll faith healers” might do just that.”

“solid surf-rock guitar and an explosive sound that will have you on your feet before you know it. “Up All Night” captures what it’s like to fall in love with someone, to never be able to stop thinking about them, to feel like every moment without them is a waste, and how crazy that can make you. It’s a sad song disguised behind poppy vocals and a rock ’n’ roll chorus that will be stuck in your head for days.” – Noisey

“A stomping march, it soon jumps into the band’s more usual garage pop clatter, after the singer implores, “I try and I try and I try try try.” – CMJ

ABOUT THE BLIND PETS:Rock ‘n’ roll faith-healers The Blind Pets, known for their wild shows and singer/guitaristJoshua Logan’s riotous stage presence have long been a spark plug in the engine of Austin’s underground music scene. The trio are getting ready to release their latest album,Sharon Is Karen on April 15th, a vicious stoner punk record that burns with never ending intensity. Their working-class sound, recalling a blend of frantic guitar pop and classic rock hooliganism thrives from a conviction to the holy trinity of heavy guitar, bass, and drums that’ll make you a believer again. The Blind Pets do this for you.