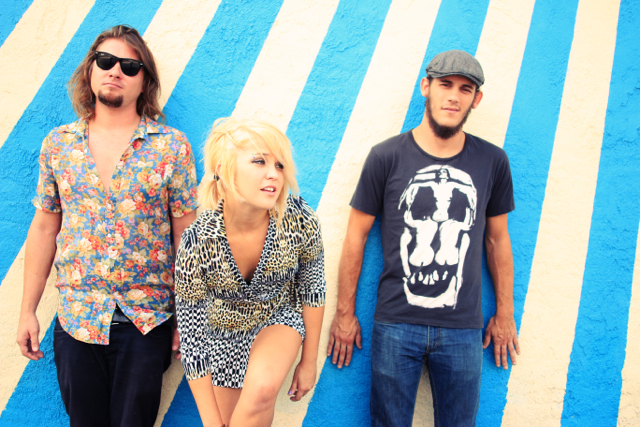 “‘Backbone’, sees Purple at their most vibrant” – Punktastic

PURPLE mark their return with news of their upcoming second album Bodacious on July 29th through Play It Again Sam.

The Texan trio heralded their arrival in 2014 with 409, a debut delivering a short sharp salvo of adrenaline-fueled pop punk that accompanied the band’s first foray this side of the water.  Having decamped to London for a couple of months, embarking on a plan to play as many shows as possible, the bands live shows were witness to unbridled mayhem orchestrated by singer / drummer Hanna Brewer. The arrival of Bodacious, shows little sign of Purple slowing up and already Stateside has seen the likes of NPR, Nerdist and Entertainment Weekly flagging up early  praise.

Harnessing their collective love of femme-punk, indie rock and pop, Bodacious retains the irreverent spirit and infectious spontaneity of their debut across its twelve tracks. Hot out of blocks comes Backbone, the first track lifted from the album with Brewer leading the charge in characteristic form – abrasive shouts of the refrain coupled with a pop melody that encompasses much of the next chapter in the world of Purple.