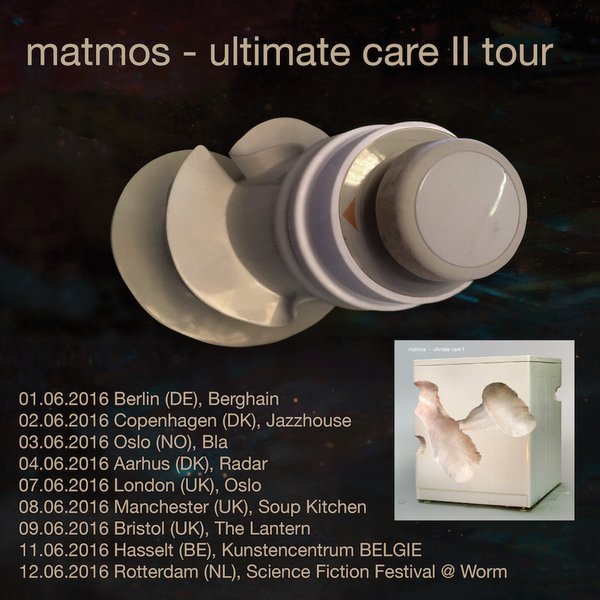 “This is Matmos doing what they do best: taking a strange idea for a wild digital ride until it turns into something completely magical.” – Mixmag, 8/10

“Turns the humble washing machine into an authentic sounding-board for quality electronic music.” – The Financial Times, 4/5

“The album is a disarmingly enveloping ride, with flickers of techno, noise and house music that dissolve into an unbroken, 38-minute arc.” – The New York Times

“Pulling together theory, humour, and killer compositional chops into music at once intense, playful, and uncannily coherent.” – SPIN, 8/10

Matmos’s European tour starts today! The tour will be in support of their critically acclaimed new record, “Ultimate Care II“. The electronic duo (comprised of Drew Danieland M.C. Schmidt) will be playing nine-dates across Europe in June. Full list of tour dates are below.

UnicaZürn, the project featuring Stephen Thrower (Coil, Cyclobe) and David Knight (Arkkon, Danielle Dax, Lydia Lunch), will be supporting on all UK dates in June, while Klara Lewis will be at the Berlin show.

Matmos will also be at Unsound Festival in Poland this October, performing Robert Ashley’s “Perfect Lives”, an opera for television set in the American Midwest. Joining them will be a string quartet from Krakow’s Sinfonietta Cracovia, co-presenters of this show. One of the definitive text-sound compositions of the late 20th century, “Perfect Lives” explores bank robbery, cocktail lounges, geriatric love, adolescent elopement and more… Unsound Festival details and tickets HERE. Their will be more Perfect Lives European dates announced soon! 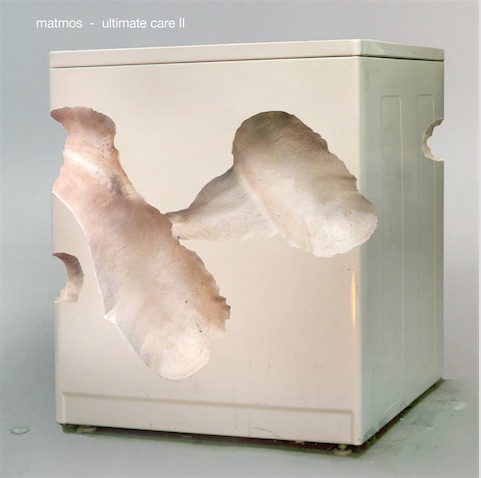 Driven by their abiding belief in the musical potential of sound, Matmos have always created a wide range of imaginative recordings and inventive live performances since their formation 20 years ago. In addition to releasing a string of highly acclaimed electronic albums, such as their debut Thrill Jockey full-length ‘The Marriage of True Minds’ in 2013, they have played the uterus and reproductive tract of a cow at the San Francisco Art Institute, Daniel used Schmidt’s bare buttocks as an percussion instrument at London’s Queen Elizabeth Hall for Antony Hegarty’s curated Meltdown Festival, canisters of helium at Radio City Music Hall while opening for Bjork, and John Cage’s personal collection of conch shells at Carnegie Hall.

‘Ultimate Care II’ perfectly reveals their artistry; they made it entirely out of the sounds generated by a Whirlpool Ultimate Care II model washing machine in the basement of their home in Baltimore, Maryland. Dan Deacon, Max Eilbacher (Horse Lords), Sam Haberman (Horse Lords), Jason Willett (Half Japanese), and Duncan Moore (Needle Gun) all took part, either playing the machine like a drum, processing its audio, or sending MIDI data to the duo’s samplers. Harvesting the machine’s rich vocabulary of rhythmic chugs, spin cycle, drones, rinse cycle splashes, metallic clanks and electronic beeps, the duo have crafted a work of sly humour in which one of the quintessential sounds of everyday life is transformed into an unlikely source for a surprisingly listenable suite of music.