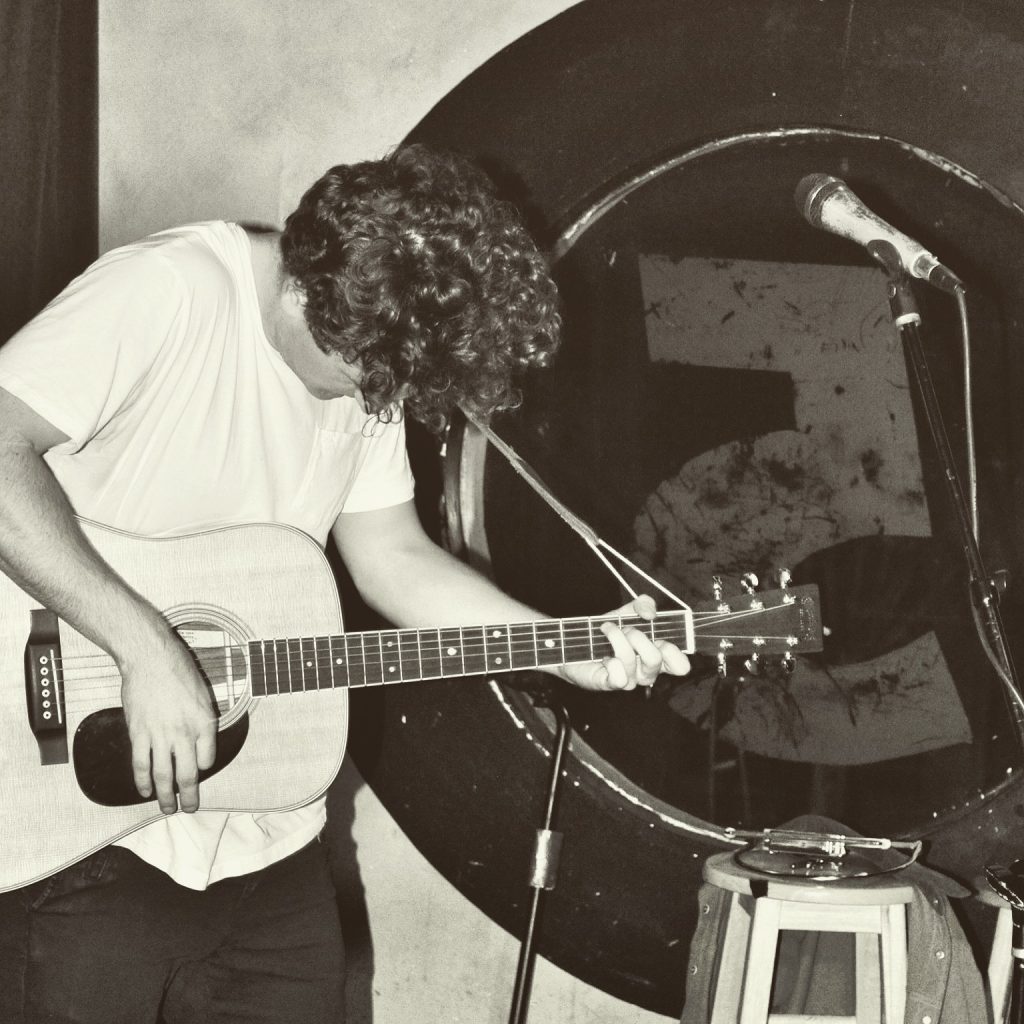 Mackin Carroll is a 20 something acoustic folk rock singer-songwriter hailing from Los Angels who has just self-released his second EP ‘Damascus’.

When talking about the writing and recording process for ‘Damascus’ Carroll’s went on to say: “Writing these songs was more challenging than other stuff I’ve done. The songs are personal in a way I hadn’t really explored yet. I didn’t plan on sharing them at first. I thought they were too specific to my experience or too revealing or strange. But after playing them for friends and eventually at shows, people seemed to respond in a way they hadn’t before. So these songs are for better or for worse who I am. I intentionally tried to include more sides of my humanity than just the obvious ones. And that lead to writing these songs about death, anxiety, parenting, self-worth, etc.

“Recording was amazing. I tracked guitar and vocals at the same time, so the record is basically live. I wanted the recording process to reflect the immediacy and rawness of the emotions in the songs. I got to record at New Monkey Studios in Los Angeles, CA, Elliott Smith’s private studio when he was in LA. He recorded a lot of material for the record that became “From A Basement On The Hill”. He’s one of my biggest songwriting hero’s, so it felt like hallowed ground. There are definitely a lot of ghosts that you can feel in that studio, and it brought out a certain calmness in me that I didn’t expect. Live, the songs had been a lot rougher and had a lot more shouting. But something about the wooden room, the overall vibe of that place – it centered me and sort of wiped away any pretending or bullshit I had to offer and the only thing left was a slightly quieter, but more honest self to record the songs.”

Carroll went on to talk about his favourite track on the record, “My favorite track off the EP is ‘Cigarettes & Fatherhood’. Mostly because I expected the least from it. And it’s always rewarding when you feel like you can express an emotion through specificity and detail rather than trying to find the lowest common denominator.  Zooming the camera inward instead of outward, you know? And that song really captures, for me, a lot of how I see the world. Feeling out of place, looking for reasons to escape. Actions being informed by social pressures. It’s sort of me wrestling my anxiety and outcast-ness in real time through two relationships – one to hypothetical habit, and one to a hypothetical daughter. And oddly enough, the two subjects of the song end up informing one another in this oddly natural way that I didn’t expect when I started writing it. And the more it feels like me, the more rewarding it is to play. And for the first time, with this song, I felt like I was putting my honest self out there. Not the self that I want people to like, not the self that wants to get laid, not the self that wants to seem sensitive, just me as I am. This is all sounding really pretentious.”

‘Damascus’ is a three track EP that was released on the 13th May.
– Ashes On The Bridge
– Cigarettes & Fatherhood
– Sleepwalking

‘Damascus’ can be streamed and downloaded at the following links:
https://soundcloud.com/mackin-carroll/sets/damascus
https://mackincarroll.bandcamp.com/album/damascus

You can also check out the video for ‘Sleepwalking‘.