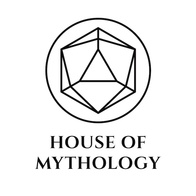 HOUSE OF MYTHOLOGY REVEAL TWO NEW RELEASES ON THE HORIZON;
YOUTH AND DAVID TIBET FORM A NEW DUO, HYPNOPAZŪZU;
PLUS NEW MUSIC FROM THE STARGAZER’S ASSISTANT
House Of Mythology are on fine form, after emerging at the beginning of the year with Ulver’sATGCLVLSSCAP, followed closely by releases from Laniakea and Stian Westerhus, the label now reveal two releases which shall emerge this summer…

*Track 4, “Birth of Decay” is a live recording only available on the double vinyl edition, or as a download for people ordering directly from the House of Mythology website.

Hypnopazūzu – Create Christ, Sailor Boy
Hypnopazūzu is the duo of none other than the legendary gentlemen Youth (Killing Joke and 1008 other worlds) and David Tibet (Current 93 and 93 other worlds).
They both first skipped together on Current 93’s debut album Nature Unveiled in 1983. Create Christ, Sailor Boy is their new album, and their first as Hypnopazūzu.
93 years in the making, this elaborately-packaged 3-sided LP (it will have a laser etching on Side 4) contains ten songs and brings together spheres and planets for the Ultimate Hallucinatory PickNick. This album will come with two different front covers – one by David Tibet, the other by Youth.
houseofmythology.com
facebook.com/HOMlabel
twitter.com/HOMlabel
soundcloud.com/homlabel
instagram.com/homlabel
houseofmythology.bandcamp.com