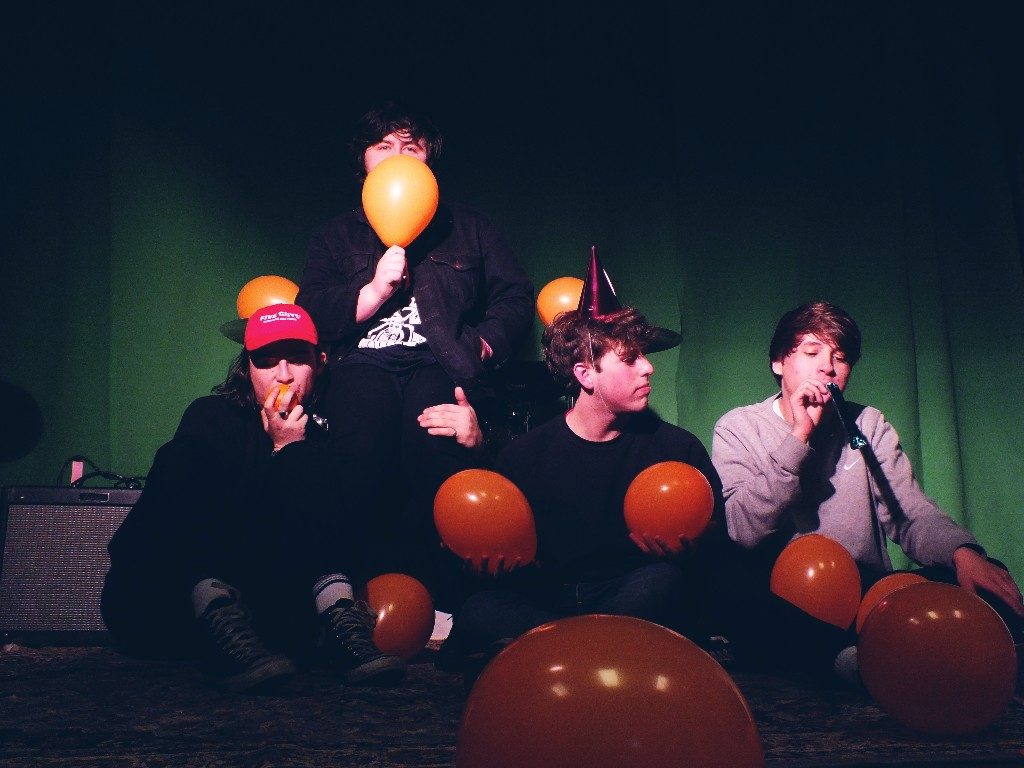 “Headstrong and intelligent, PLAZA’s mathematical take on anthemic indie ties itself in ever-tightening knots from the off ”DIY Magazine

“PLAZA are small town dreamers with an edge. Brattish grunge pop with an obnoxious vibe, they’re out to annoy and entertain in equal measures.” Clash

PLAZA are 4 late-teens from the Industrial seaside town of Hartlepool, writing anthems that resonate the trials and tribulations of growing up; youthful romance, lukewarm beers and parmos.

Following their debut single ‘Totem’ (Feb, 2016) which hit home hard with airplay from BBC Radio 1, Radio X and Amazing Radio, not to mention critical acclaim from the tastemaker Blogosphere, the lads from Pools are on a mission to turn heads, tap toes, and bring the £1.50-a-pint party back to Hartle, returning with another slab of their own instinctive post-indie sound in the explosive ‘Blood Orange’.

Since forming in late 2015, PLAZA have quickly gained a reputation for their intelligent songwriting and chaotic live shows, and are taking their arena sized tunes beyond their hometown boundaries with a headline tour of the UK commencing on June 13th. This coming on the back of triumphant sets at two of the UK’s best festivals for new music- Gold Sounds in Leeds and EVO Emerging in Newcastle – as well as a co-headline tour with fellow indie darlings TRASH.

PLAZA will be releasing ‘Blood Orange’ via Beyond The Wall on Friday 3rd June.