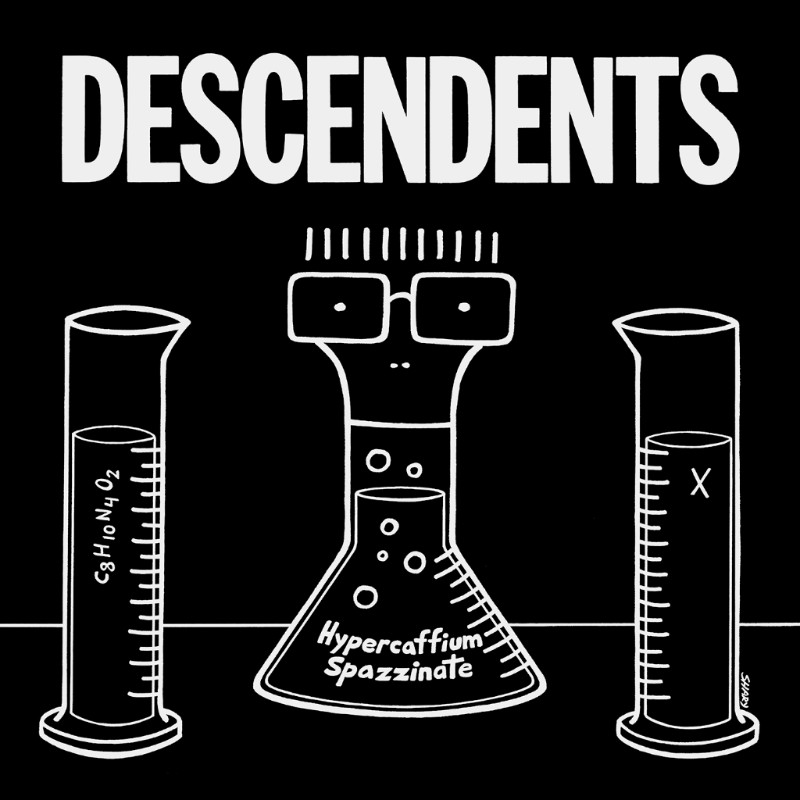 Descendents have announced the details of their much anticipated new album, Hypercaffium Spazzinate, set for release on July 29th via Epitaph. A new song “Victim of Me” is available now.

Descendents’ first Epitaph release since Everything Sucks in 1996,Hypercaffium Spazzinate, began taking shape after the band ended an extended hiatus to play live in 2010. Though still tight, they lived apart: singer Milo Aukerman, whose cartoon rendering famously serves as the band’s logo, was now living in Delaware, bassist Karl Alvarez and founder and drummer Bill Stevenson were in Colorado, and guitarist Stephen Egerton had settled in Oklahoma. So the album came to life over three years as the band sent tracks back and forth, occasionally meeting up in Karl and Bill’s adopted hometown of Fort Collins. Adopting such a protracted process meant not having to rush things, allowing for some of their sharpest songwriting yet.

“I think one of the things that’s kept us inspired over the years is having the music as an outlet for our frustrations,” says Milo, who delivered a particularly impassioned, even aggressive vocal performance. “Having the freedom to completely blow my voice out every time I recorded was a very positive experience for me,” he says. Personal catharsis was a prime motivator for Bill, who names “my relationship priorities and my own faulty psychology” as his top inspirations. “In a way, putting pen to paper and getting whatever you need to get out of you is the big accomplishment,” he says.

Every Descendents album is an event. Formed in 1978, the band’s first releases have proven historic, and all the ones since have only further refined the Descendents concept. Punk, pop, buzzing, summery, heartfelt, defiant, adolescent, and wise all at once — the Descendents. Twelve years have passed since there’s been new Descendents music. Finally, here comes their long-awaited album, Hypercaffium Spazzinate.