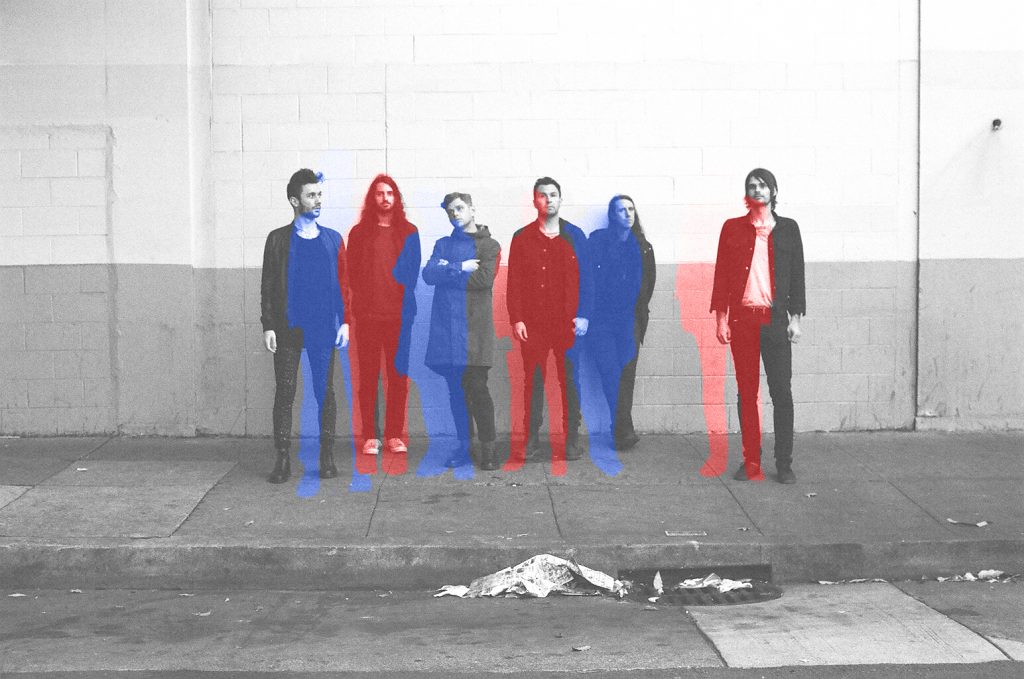 Bay Area post punks Creative Adult announced their sophomore LP Fear of Life today, out August 5, 2016 on Run For Cover Records. Noisey has premiered a new track “Charged” and accompanying video from the upcoming record, which is also available for pre-order. The video for “Charged” was directed by Timmy Lodhi and features vocals fromKristina Esfandiari (AKA King Woman, Miserable). Creative Adult announced headlining West Coast August tour dates today as well, tickets will be on-sale this Friday (all tour dates below).

Listen to Charged & Watch the Video
After many hiccups and delays and a painstaking half-year writing and recording, Creative Adult have put the finishing touches on their sophomore Run For Cover LP Fear of Life, which exists somewhere between abstract art and pop music. During that time, the quintet – vocalist Scott Phillips, guitarists Michael Bingham and Anthony Anzaldo, bassist Mike Fenton, and drummer James Rogers – pieced together 15 songs in the studio, with only 9 making the final cut. “We spent less time practicing songs over and over and more time just forming rough skeletons so when we went into the studio we had a ton of material to play with.” The album was recorded fully analog with instrumentation produced, engineered, and mixed by Jack Shirley (Deafheaven, Comadre, Punch) at The Atomic Garden in Palo Alto, California and vocals with RJ Phillips at Grizzley Studios in Petaluma, California.

The band likened making the record to building a house: everyone has a different preconceived notion of what each room in the house should be. During the recording process tensions built between members, as each had a different product in mind down to producer/engineer Jack Shirley. Just when it seemed as though things were about to break, the band was able to put aside their differences and realize that the record was “a house we’re all living in”. The end result required Phillips to venture to a different studio with a new engineer to track the vocals, without the input of those he felt were previously clouding his vision. This separation of the various parties allowed everyone full creative input and the outcome turned out better than any of them could have possibly imagined.

The tracks on Fear of Life were influenced by the likes of Oasis, Spaceman 3, and Explosions in the Sky and the songs – two of which clock in at over eight minutes – build slowly and are rife with texture and an emphasis on heavy guitars. The band’s five members have known each other their entire adult lives, growing up playing in bands together and working together in a tailor shop, altering clothes for many years which resulted in the record’s non-musical influences: “Brutal Punishers, The San Francisco Bay, Design, Friendships and Awkward Conversations.” Each song’s lyrics were treated as “an attempt to delineate how it feels to be alive at the moment with respect to all emotions.”

Creative Adult will spend the rest of 2016 touring behind Fear of Life.