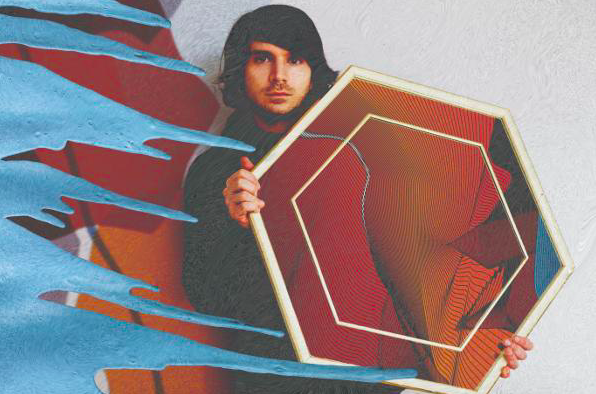 Corbu get shimmery with new track, ‘Battles’
Debut album, Crayon Soul due August 5th, 2016
via 3 Beat (EU) & Big Picnic (US)
New York neo-psych band Corbu are streaming ‘Battles,’ the new single from their forthcoming debut album Crayon Soul, out August 5th 2016. ‘Battles’ rides an insistent bass groove through a kaleidoscope of vocal harmonies, broken synths and reverbed-out guitars, and captures the spirit of their collaboration with Dave Fridmann (Tame Impala, MGMT, The Flaming Lips), who mixed the band’s self-produced album.
Much of Corbu’s music is inspired by the fuzzy, transient experience of memories and dreams, which bleeds into the colorful, psychedelic artwork that frontman Jonathan Graves creates. As the band wrote the music for Crayon Soul, a story began to emerge, pulled from the band’s collective subconscious and inspired by animated sci-fi like Fantastic Planet, Interstella 5555 and Adventure Time. Jonathan says: “When we wrote the story for the album, a whole universe opened up for us. We referenced it constantly while finishing the songs and mixing them with Dave, and each piece of artwork we made is a snapshot from the ‘movie’ of Crayon Soul.”
Crayon Soul follows two acclaimed EPs, We Are Sound and Everything You Imagine Is Real, which garnered praise from the likes of NYLON, Stereogum, The Guardian, NME and more, as well as capturing the attention of Jessie Ware, who personally requested the band to remix her song ‘You & I (Forever)’.