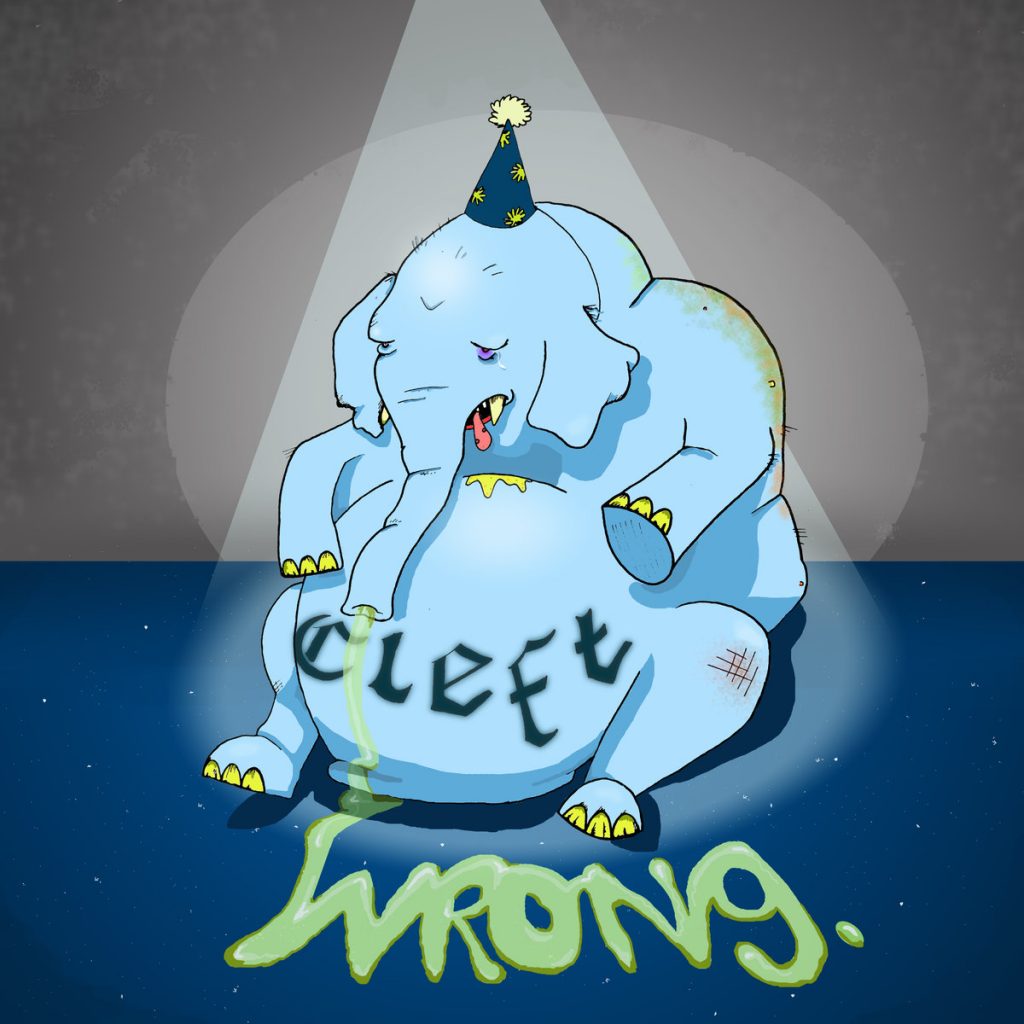 Having announced their split earlier this year, it is safe to say that Cleft will be sorely missed but with their final album Wrong, it is certain that the band will go out on a high.

The duo’s progressive, instrumental noise rock jams that they are known for are here in full force and from the discordant riffs that coarse through opening number Frankenstein, Cleft are clearly still all about those jams and making an almighty noise but not only that, they having fun doing it and this is evident on the vibrant nature of each of the tracks on Wrong.

From massive waves of noise such as those that surge through tracks like the Face Plant and the insanely catchy Bees, Beads, Beas to the moodier Onans Boulder and the triumphant Wrong, the power of Cleft’s playing truly shines through and shows what great musicians they are and that the songs they have written here are superbly performed and wide-ranging in terms of influence and execution.

Wrong is diverse album with a lot of versatility to the songs, a lot of times in the same song, take the song Desperate Elvis for example, there is an element the melancholic beauty to the song for a lot of its duration but that quickly fades into a vital burst of energy while the more low key last track Dohmlette switches from a jerky nature to a full on driving rock style and back again with consummate ease before morphing into some sort of Pink Floyd/Peter Frampton hybrid complete with the sound effects that transform you into a massive 1970s Rock arena and as the song fades out and the album concludes, you feel a mixture of happiness at what you have just listened to, but also tinged with sadness that it has ended-  not only the album itself but the band too and the only way to combat this is to play the release again and bask in the glory of Cleft and this album.

Despite knowing that this is the bands last ever album, it could be said that listening to it might be clouded by a sense of melancholia as well as some sort of nostalgia about the band already, but one listen to Wrong and you will realise how good this album is and it’s a salute to their brilliance and now makes a fitting ending.

Cleft still have a few dates left on their farewell tour before finishing with one last hometown show in Manchester and their final ever show at the ArcTanGent festival in August. Go and see them play one last time and experience the greatness of the songs on Wrong in a live environment while you still can and if for some reason you can’t make that then crank up this album loud all summer. This is Cleft’s last stand and thankfully it’s a vital swansong for a criminally underrated band.