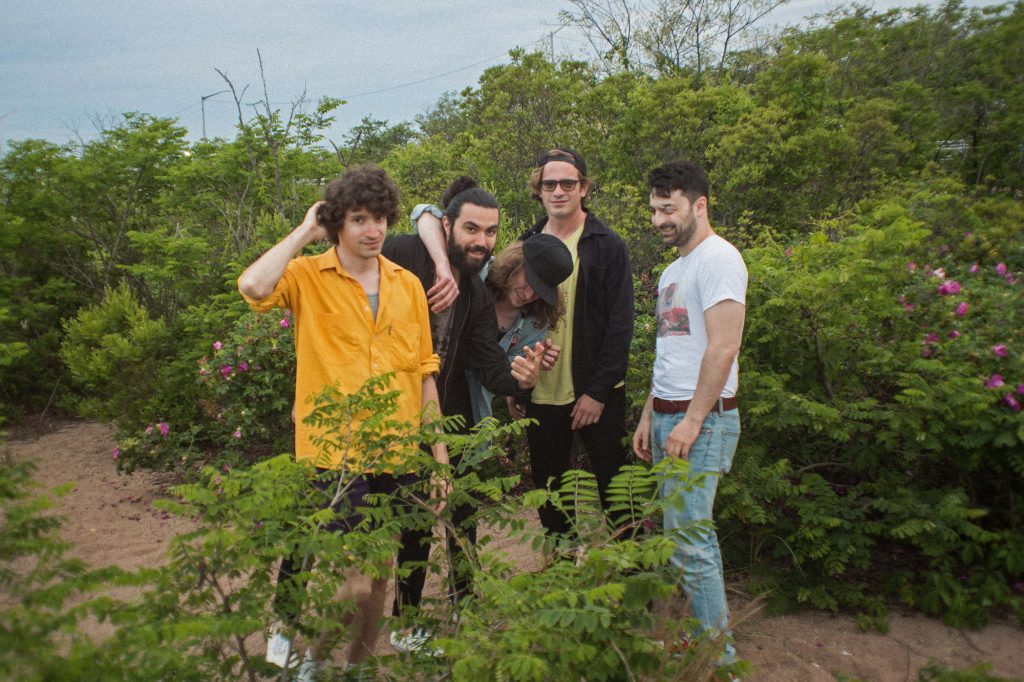 Due Out August 19th via Exploding In Sound + Babe City Records

Bueno got your back. The Staten Island bad boys of Summer have returned and the bandare excited to announce their sophomore album Illuminate Your Room, a concept record built upon an aural grab bag of decades of New York City rock to catalog a 24-hour span, opening in the early morning hours with meandering and somber piano, and closing out the album by evoking late evening with a howling, aching saxophone. Bueno are an unpredictable band and Illuminate captures the unease of living in the a city that never sleeps, up against gender expectations, suburban malaise, and technological excess.

To put it in simple terms, Illuminate Your Room jams, a result of letting the tape run and capturing the quintet in their natural element. Bueno have crafted an eclectic record that combines their own brand of punk, indie rock, fuzzy soul, funk, and post-punk in a Talking Heads meets Television meet Sinatra sort of way and the results are stunning throughout their new record. Led by Shea Stadium’s own Luke Chiaruttini, the band has a knack for organically jammed out punk, built upon a lifetime of friendship. Illuminate Your Room is a modern New York City masterpiece.

The FADER premiered the record’s first single, “I Got Your Back,” sharing, “With jamming reminiscent of Pavement, Velvet Underground-like candor, and Talking Heads style elasticity, Bueno’s funky punk vibes are electric.”

Elaborating on the song, Bueno’s Chiaruttini offered, “‘I Got Your Back’ is a song about all the casual disappointments that make up daily life – being disappointed by & disappointing the people you love, living up to expectations, living down to expectations, or disregarding them entirely.”