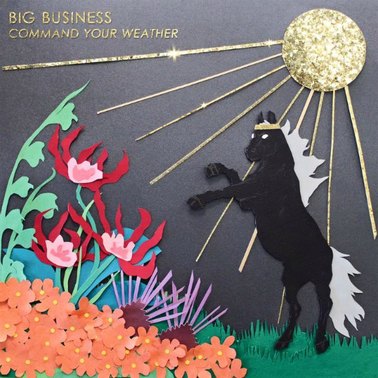 BIG BUSINESS TO RELEASE NEW ALBUM COMMAND YOUR WEATHER ON JULY 8TH;
US TOUR INCOMING
Bass-drum rascals, Big Business, shall return with a new album this summer, entitled Command Your Weather (8thJuly). Fans will already know Jared Warren and Coady Willis are the masters of fusing torrentially heavy sonics and rumbling bellows with an undeniable groove that forever dazzles listeners and spectators alike. The pair demonstrate that the distorted low-end can be fun and joyous without compromising on the exceedingly behemoth and frantic riffs that oozes out. You can get a good taste of Command Your Weather below, with the new tracks “Father’s Day” and “Regulars” now available for streaming…
LISTEN TO THE NEW BIG BUSINESS TRACKS “FATHER’S DAY”
AND “REGULARS”