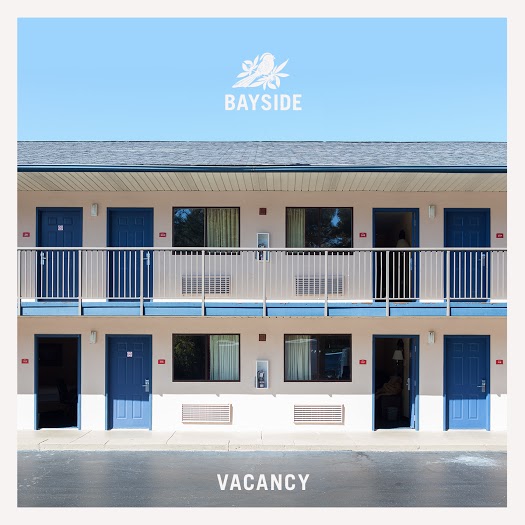 Bayside, who return with their seventh album this summer (Vacancy, out Aug. 19 via Hopeless Records), premiere the video for “Pretty Vacant”: smarturl.it/PrettyVacant.

“The song ‘Pretty Vacant’ perfectly sums up the lyrical theme of the record and we really wanted to video to do the same, explains Bayside front man Anthony Raneri. “We wanted the video to tell the story of someone having the life that they thought they knew disappear. She struggles to gain control of or at least slow down the process of losing her identity but fate is literally dragging her pasts out the door and making it disappear into thin air and there is nothing that she can do about it.“

The clip, directed by Justin Giritlian and Nathan Sam, not only echoes the sentiment of the song, but also of the full album. Raneri has been candid in describing the inspiration for the new album, saying, “When I was writing this record I felt like a transient and I think writing Vacancy really helped me work through an experience that I had never prepared for, let alone planned on.”

Bayside launch a North American tour on Aug. 11 in Ft. Lauderdale, bringing The Menzingers and Sorority Noise along as support for the five-week outing. Tickets are available now viawww.baysidebayside.com.