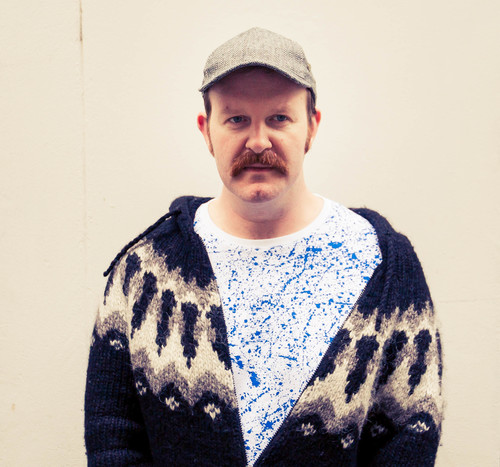 Taken from new album T R O U B L E out now on wiaiwya
“This is the work of an artist who, seemily despite himself, has turned into a major contender.” Mojo 4*s
“Phenonmenal.” The Sunday Times
“Bittersweet and eloquent alt pop songs that recall Bon Iver, The Apartments and late ’80s Fleetwood Mac.” Uncut
Earlier this year, Canadian musician Woodpigeon, a.k.a. Mark Andrew Hamilton released T R O U B L E, his best album to date. Now, he shared the stunning new video for ‘Whole Body Shakes‘, which was filmed in the mountains of Iceland and a warehouse office space in Vancouver. The trio of dancers are co-founders of Vancouver’s Konichiwaack crew, demonstrating the Waacking dance style developed in the 1970s and 1980s on the West Coast of the USA, predominantly in California’s gay cultures. The influence of Waacking is one felt in other popular dance forms – most notably Voguing – yet it remains a distinct scene unto itself. Whereas Voguing is largely a battle between opponents, Waacking is all about moving together. The video was filmed by Greg Gillespie, and all styling – including Woodpigeon’s Mark Andrew Hamilton – was by the dancers themselves
For T R O U B L E, Woodpigeon emerged from a brief hiatus to create new music that blends the best of John Grant with Avalon era Roxy Music, Fleetwood Mac’s Tango in the Night, with a nod towards Kanye West’s Yeezus. The sounds are transposed to a mainly folk setting, feeding off influences from his travels across the globe when he visited the South of France, Paris, New York City, Turkey, Argentina and crossed Canada from one end to the other following a messy break-up.
This is a record about rhythm and sex and sadness. Previous Woodpigeon LPs have been epic affairs about falling in love with the interplay between choirs and symphonies, guitars and voices. This one narrows things down to the finest point, because so often less is so much more. As Hamilton points out: “It’s the loudest thing I’ve ever made.”

The songs were so different from anything that he had done before that Hamilton even toyed with changing the name to create a new beginning, a fresh start. Despite being under the same Woodpigeon moniker, T R O U B L E is a huge step forward and the finest album of a storied career. Even the album name has multiple meanings. As he explains; “Trouble can refer to bad shit coming or getting naked with someone… Either way, really.” Ready to get in to trouble?