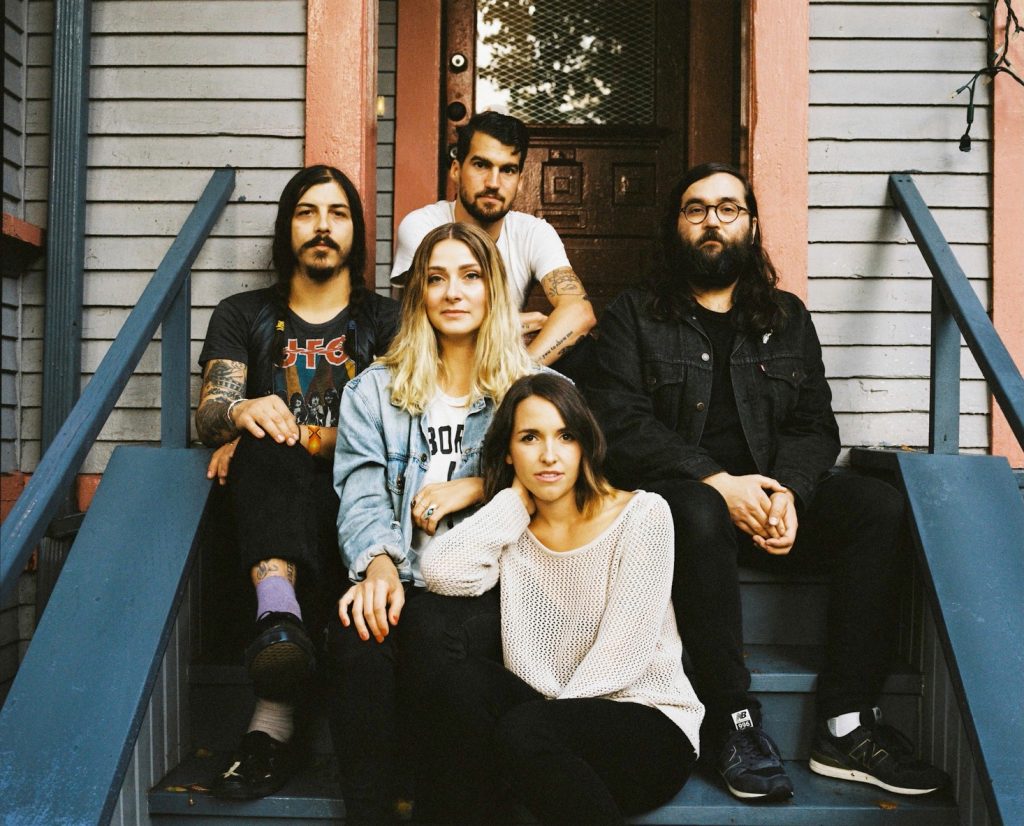 Twin River have announced the release of their second album Passing Shade on 1 July via Light Organ Records (on CD/Vinyl/Digitally).

Passing Shade was written after recording the debut Light Go Out (2015, Light Organ Records) and the songs initially took the form of heartbroken, stripped-down ballads about lost love, than fleshed out by Twin River’s two main songwriters Courney Ewan and Andy Bishop, creating fiery rock scorchers that channel peppy pop catchiness with an undercurrent of atmospheric, synth-infused darkness. Bishop’s psych influences can be felt in the scorching electric guitar leads, while the soaring pop melodies and introspective lyrics preserve the core of Ewan’s confessional song-writing.

The ten songs were captured over two sessions with producer Colin Stewart (The New Pornographers, Black Mountain) at his secluded Hive studio on Vancouver Island. The band members lived at the studio while recording, and they kicked up a gleeful racket with the wailing guitar licks of “Knife” and the fuzzy garage-punk squall of “Baby.” Elsewhere on the record, “Antony” and “Settle Down” are hazy pop gems that douse infectious rhythms in washes of woozy ambience.

Passing Shade also has sombre comedowns: a trace of Twin River’s folksy formative material seeps through on the mournful breakup lament “Known to Run,” while “I Don’t Want to Be Alone” mixes shoe-gaze guitar fuzz with a boom-thwacking beat akin to the Jesus and Mary Chain’s “Just Like Honey.” The record eventually culminates in the peaceful, sweetly echoing “North,” which ends with a field recording of twittering birdcalls.

Charlotte Carpenter Announces new EP How Are We Ever To Know for release June 10th via her own imprint, Let It Go Records