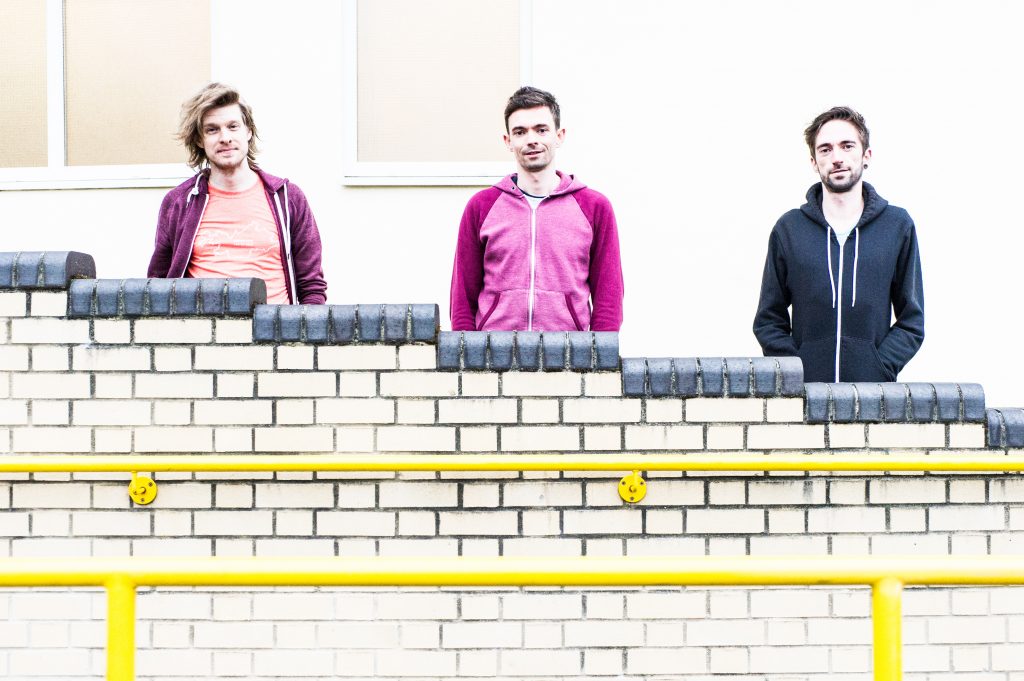 Oxford, UK’s TTNG (formerly known as This Town Needs Guns) officially announced their third full-length Disappointment Island today, out July 8, 2016 on Sargent House. Noiseyhas the premiere of a new track from the album, “A Chase of Sorts” alongside a lengthy interview with bassist/vocalist Henry Tremain which touches on their recording process, their name change and the unglamorous reality of trying to make a living as a touring musician.
Listen to the new track & read the interview at Noisey
Disappointment Island is now available for pre-order via Sargent House. World wide tour dates will be announced soon.

Comprised of Tim Collis on guitar and his brother Chris Collis on drums, TTNG’s lineup is completed by vocalist Henry Tremain, who also assumed bass duties after the recording of their last album, 2013’s 13.0.0.0.0. Turning their attention to the studio in late 2015, TTNG decamped to the American Midwest, ground zero for the kind of articulated alternative rock they themselves have been mastering for a decade. Recorded live to tape over 10 days at Chicago’s legendary Electrical Audio studios by Greg Norman (Mclusky, Russian Circles, Pelican, etc.), and mastered by Shellac’s Bob Weston, Disappointment Island proves that the band’s success comes from their ability to write songs whose appeal endures well after the sheer awe of their technical prowess subsides.

TTNG have created an album filled with solemn subject matter where, much like the disparity between the name and setting of Disappointment Island (a real and beautifully unspoiled locale in the Pacific Ocean), the lyrical themes stand in stark contrast to the exciting, propellant music the trio creates together. As a prime example, the album’s opening track “Coconut Crab” seamlessly showcases inventive, intricate guitar and bass lines threaded through a busy tumble of drums, all lacquered with the sweet falsetto of Tremain’s infectious vocals. These separate parts recall confessed influences such as the Kinsella brothers’ numerous projects (American Football, Make Believe, Cap’n Jazz) and a familiarity with Dischord Records groups such as Jawbox and Shudder to Think, but the way TTNG fuses these inspirations with their virtuosity results in something utterly unique. Nowhere is this interplay more evident than on the spellbinding “Consoling Ghosts”, whose rich melody soars over Tim Collis’ dynamic fingerstyle-picking. Elsewhere, the gentle harmony of “Whatever, Whenever” finally bursts into a distorted landslide of sound moments before “Bliss Quest” rolls back the intensity, only to climb with Slint-like determination, an arc triumphantly powered by Chris Collis’ inspired, rapid-fire percussion. The final track “Empty Hands” features a bass cameo from Sargent House labelmate and touring partner Henry Kohen (aka Mylets).

TTNG have existed in several incarnations and have found success in each, but their current evolution pushes what has always made the band great into new and exciting territories. Disappointment Island is TTNG’s most poignant, deliberate accomplishment, successfully arriving at a place that is simultaneously authentic and reverential.