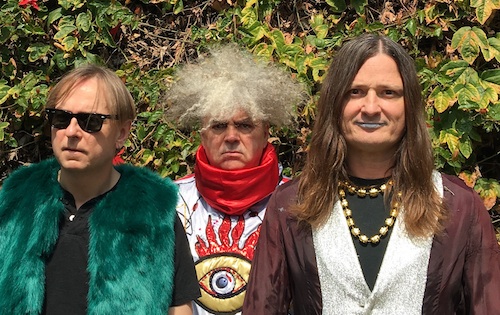 THE MELVINS PREMIERE COVER OF THE BEATLES’ ‘I WANT TO TELL YOU’;
NEW US TOUR DATES ANNOUNCED, AND BASSES LOADED LP + EURO TOUR ARRIVING SOON

The Melvins, who just wrapped up an extensive North American co-headlining tour with Napalm Death, will return to the road for a new round of U.S. dates in August after their tour of Europe in June, announcing a seven week trek in support of their forthcoming album, Basses Loaded (June 3, Ipecac Recordings). The tour, which will feature the current line-up of Dale Crover, Buzz Osborne and Redd Kross/OFF! bass player Steve McDonald.

Osborne recently spoke with the Wall St. Journal about the band’s tireless work ethic and the concept behind Basses Loaded.  The paper is also streaming ‘I Want To Tell You,’ the Melvins’ rendition of The Beatles’ classic.

Basses Loaded pre-orders are available now via the Ipecac webstore, Bandcamp, Amazon and iTunes. Digital pre-orders include instant downloads of ‘Hideous Woman’ and  ‘War Pussy.’ Catch them touring Europe at one of the dates below!

US TOUR DATES (all headlining shows are on-sale this Friday, May 13):

August 19  Indianapolis, IN  The Vogue Theatre

August 28  Hamden, CT  The Ballroom at the Outer Space