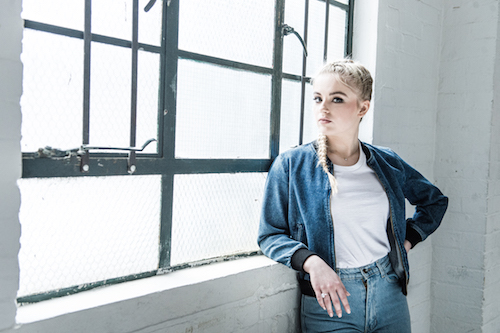 On June 17th, fifteen year-old pop newcomer Sody will self-release her debut EP ‘Youth’ via AWAL (Kobalt). The release will be preceded by an intimate launch event at The Forge in Camden on June 16th, one of the first shows in this incredibly exciting new act’s career.

Sody (real name Sophie Dyson) self-penned all the songs over the last few months, including lead track ‘Sorry’, a tour de force of a debut single that was unleashed last month to great acclaim. Bold, pounding pop with a wry attitude, the song, produced by Phil Cook sees the teen explore a typical coming of age situation with sophistication and poignancy. With additions from Apple Music’s Best of the Week playlist and Popjustice’s New Music Friday, the track was blogged about from Austin to Australia, with writers picking up on Sody’s mature songwriting style and masterful vocals.

On a number of the tracks, Sody’s song-writing process saw her collaborate with Martin Luke Brown. A rising star in his own right, Sody discovered the singer-songwriter after stumbling across his folk-tinged sounds at Reading Festival last year. A writing session was set-up and from there it just clicked. Not only was a musical partnership established but a life-long friendship was solidified too. The resulting EP possesses the kind of magic that only comes from real friends pouring real life experiences into their music.

‘Wasted Youth’, the second track on the EP is a mesmeric duet with Brown that belies their years. Producer Phil Cook takes the reigns here again, as well as on the stunning third track ‘Settle Down’. Closing the EP is ‘Violet World’,  a song that Sody wrote alongside multi-Grammy nominated songwriter and producer Scott Effman (Meghan Trainor, The Saturdays, Bridgit Mendler). Together the songs on the ‘Youth’ EP serve as a captivating introduction to the budding pop starlet, reinforcing why Wonderland Magazine have predicted that Sody will have a ‘long, and bright, future ahead.’