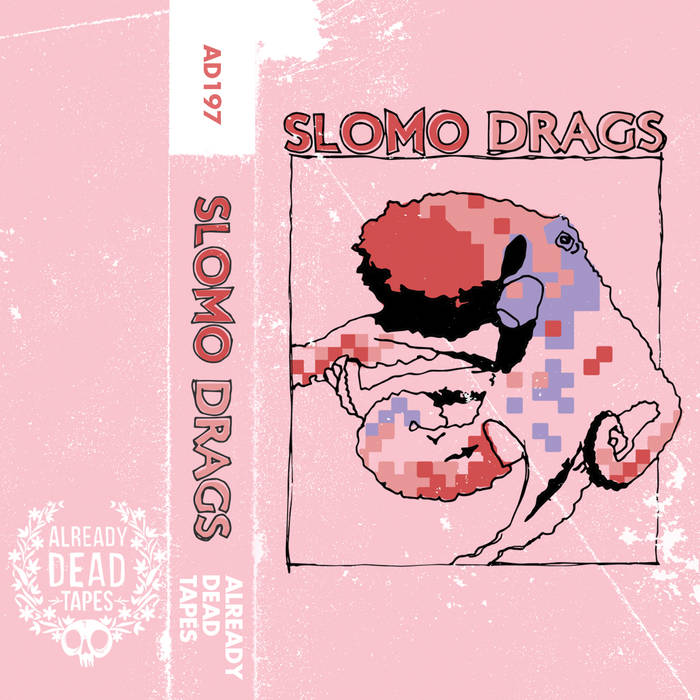 Another incredible AD release, this time the label have backed Austin’s Slomo Drags, Their melodic and must hear record is out now on limited edition cassette & digital formats. Details below.

“There is a great deal of ambition behind Slomo Drags’ newest self-titled EP. Within a quick five tracks the Austin, Texas natives deliver a deceptively complex variety of sounds that would require a whole page of adjectives to completely encompass. Each song moves quickly in and out of laid back strumming and up tempo funk and back and forth and so on. “Doo wops”, horns and tambourines are replaced by harmonized licks and synth lines from one verse to another. A lot of ground is covered in such a small amount of space, but it never gets dizzying.

Above all the record is smart. The lyrics are well crafted, slightly cynical and thoroughly entertaining. Words feel like they come from the ups and downs of living in one of the U.S.’s newest trendy destinations (Austin). When your city becomes romanticized its hard not to give a roll of the eyes at the new wave of creative class kids that take over.

And let’s give the drummer their dues here. The percussion on “Slomo Drags” is mature and intricate. It keeps every track tight and interesting. It does for this record what Joe Easley did for Dismemberment Plan during their heyday. A group of talented string players are rounded off with someone who can beat the hell out of the drums, but not in the Lars Ulrich/St. Anger kind of tragedy. Pop music is pushed beyond its boundaries – and it’s a real feeling of triumph.” – Jacob Watkins, Already Dead Tapes, 2016

Already Dead Tapes are a small label with the biggest heart. This brilliant label is effortlessly going from strength to strength, gaining quite a reputation for the amount of incredible records and the talent they are releasing, their aim is to produce and distribute small editions of tape and vinyl. The roots of the label were established from musicians using non-traditional methods to craft sound as art. As a niche tape & art label Already Dead places high regard on projects of an experimental nature. Already Dead Tapes have a vast and delectable collection of releases as the label are currently working on the grounds of trying to release at best one album a week- Pretty Impressive. We adore the team at Already Dead Tapes & Records and we fully support their latest release.

Into It. Over It. and Koji Announce UK Tour.