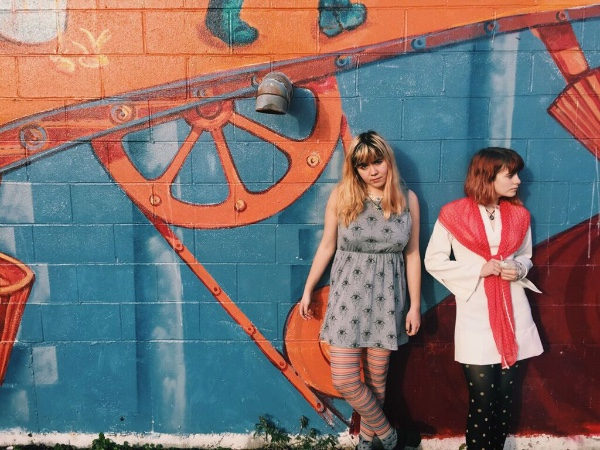 “There’s so much power, passion and songwriting excellence going on” – KKKK, Kerrang!
“Skating Polly’s music simmers with the kind of gritty, hard-won confidence that comes from having played since an early age.” – She Shreds
“This is ugly pop in full glory. Stomping, menacing and downright bratty, the Oklahoma step-sister duo ‘Skating Polly’ bring gnarly riffs and brash drums.” – NME
“Snarly, snarky, sweet and distortedly infections all at once, Skating Polly are a breath of fresh air. “- **** Upset Magazine
“Their self-styled “ugly pop” is a visceral and vicious, raw and snarling mix of riot grrl and grunge-punk… accomplished way beyond their years.” – New Band of the Week, TeamRock
“If Skating Polly aren’t one of your favourites yet, get about sorting that out.” – Punktastic

Following the recent release of their visceral new album ‘The Big Fit’, Skating Polly have confirmed plans to return to the UK for the first time since last year’s tour with Babes In Toyland.

To celebrate the new shows, they’ve also shared a new video for track ‘For The View’. Peyton Bighorse explains “I wrote For the View after panicking pretty badly at a hardware store. For me it’s about being out of my element and not handling it very well, but sort of making fun of myself.”

Last year, step-sisters Peyton Bighorse and Kelli Mayo toured the UK for the first time, supporting Babes in Toyland on their reunion shows. During the last show of the tour in Glasgow, Kelli “did a Dave Grohl” when she tripped, dislocating her knee & tearing a ligament. Unfazed & in true rock’n’roll spirit, she continued the rest of the set sitting down.

Now, the duo – who have been making music together for 6 years (since they were 9 and 14 years old) – prepare to return to the UK once more, to play the following shows: