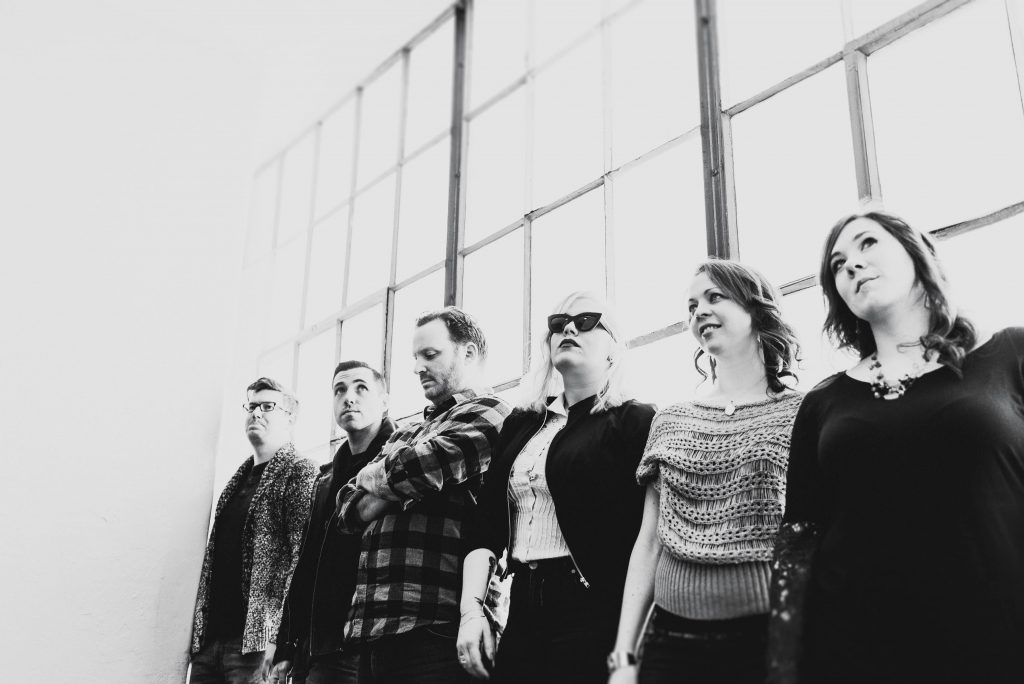 Seafair Release Music Video For “Birdhouse”
via The Vinyl District

On Tour This Spring

Cleveland indie sextet Seafair are now premiering the new music video for their song “Birdhouse” via The Vinyl District. “Birdhouse” comes off of the band’s 2015 release The Querencia. The album can be purchased digitally or physically via Seafair’s website.

Watch the band’s video for “Birdhouse” now via The Vinyl District.
Seafair will be touring this May and June. A full list of dates can be found below.

w/ Jesus On The Mainline

Since its beginning in late 2012, Seafair has been turning heads and confusing critics who want to place the sextet into a carefully constructed box. The thing is, with six musicians whose backgrounds range from classically trained to punk rock roots, the band can’t be pigeonholed by genre.

In 2013, the band released two EPs– Paintings and Photographs –to much acclaim. Emmet Smith, formerly of the Plain Dealer says, the band “commands your attention.” From the heavy hitting of drummer Ryan Kelly to the acrobatic guitar and bass lines of Micheal Flaherty and Joshua Riehl, the band builds a soundscape that is completely their own. But it is this, with the combination of the trio of women at the bands epicenter, that make this ensemble more than your typical indie-rock band. Andrea Belding Elson and Tara Hanish blend precise and poignant violin and cello voices amidst the band’s sound, while the presence and strength of frontwoman Chayla Hope makes the experience of seeing Seafair live one that will not soon be forgotten.

In 2014, Seafair took it’s live performances on the road, heading from Manhattan out to Denver, with several memorable performances along the way.  While in Denver, the band recorded it’s debut full-length The Querencia at Black in Bluhm Studio with Chris Fogal, and also made an appearance at the annual UMS Festival.

Even bigger things were in store for 2015 as Seafair continued to one-up itself, show after show.  With The Querencia’s spring release, Seafair was named Cleveland Scene Magazine’s “Best Band 2015.”  They worked with Fusion Filmworks and the Downtown Cleveland Alliance on their video “You & Downtown Cleveland,” which won a regional Emmy award, as well as three ADDY awards.  Fusion Filmworks also produced the band’s campy, who-done-it style music video for their first single, “Discovery.”  After all of that, the band once again took it’s show on the road around the east coast and midwest, playing stand-out shows including a last-second headlining slot at Cleveland’s annual Brite Winter festival, back to NYC at Bowery Electric and Rockwood Music Hall in Manhattan, and playing for thousands of people for Deschutes Brewery’s Street Pub in Chicago.  Never failing to outdo themselves, Seafair decided to put together a 34-piece orchestra, comprised mostly of students of cellist Tara Hanish and violinist Andrea Belding-Elson, to accompany them while headlining a homecoming show at House of Blues in Cleveland.  The show was unlike anything any other band in the city had done before and the buzz around the show lasted for months after.  Seafair closed out 2015 with a sold-out show at the Grog Shop supporting fellow Clevelanders The Modern Electric.

And here we are: 2016.  Seafair’s already been working hard at not letting the winter months go to waste with a co-headlining slot at Brite Winter 2016, headlining trips to Pittsburgh, Akron, with several weekend runs throughout the region upon them and a full East Coast summer tour in August.  In between, Seafair plans on several single & video releases, including “Birdhouse” off of The Querencia, as well as a brand new EP release planned for the fall.  They’ve already spent time at critically-acclaimed producer Jim Wirt’s Crushtone Studios with the red wizard himself Jim Stewart at the helm engineering two new brilliantly catchy tracks for the EP, “Jukebox Soul” and “Parachute,” which the band has been playing with as part their live show since January.