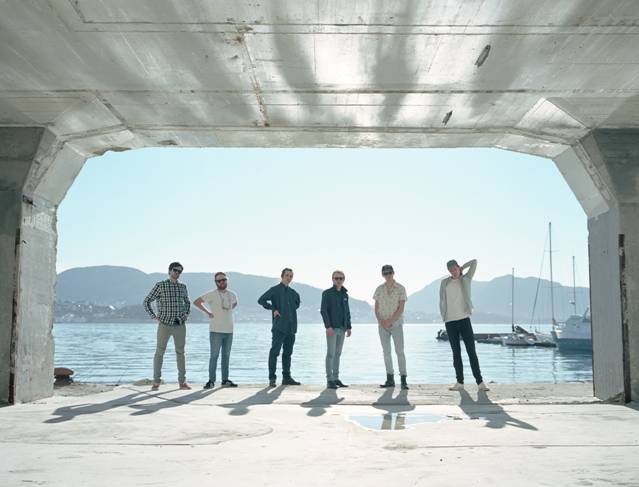 ‘This band has undeniable chemistry!’ – IndieBerlin

‘Kakkmaddafakka can get the muddy dance floors of the European festival circuit pumping – but they can prop you up against a tree to lounge in the midsummer sun, too.’

The song is a feel-good blend of groovy bass, bouncy pianos’ and breezy reverb-soaked vocals. You can feel the warm rays of the sun on your face whilst listening to it.

Listen to the single here:

The band hail from the beautiful city of Bergen, where they have grown from a small local group to an internationally recognised act. Their Facebook band page currently has over 150, 000 likes.

Having toured all over the world, KMF regularly play to 5000 fans at their own club shows across the continent and have appeared at and headlined stages at renowned festivals such as Melt! Festival, the Montreux Jazz Festival, Arenal Sound in Spain and Hurricane Festival. With support constantly coming their way, they seem destined to continue onwards and upwards and are not likely to stop until their out the stratosphere.

The group pro-claim themselves to be ‘sauna extremists’, having gone so far as to perform naked in a sauna once on Norwegian national news!

Amongst sauna-extremism, the band’s other hobbies include football, gaming and Djing (two of the members Axel and Pål run a popular club concept ‘Klubben’ and a hip hop night in Bergen – proof of a band with eclectic musical tastes).

On May 31st the band will be playing an exclusive UK show at the prestige O2 Academy Islington.

‘Young You’ is out May 13th and is set to appear on the group’s upcoming self-titled album KMF set for release June 3rd.