Having just released their new album, it was with great anticipation that we went to see Max Raptor and a great supporting cast on their headline tour of the UK in the great setting of the Marrs Bar.

We arrive at the venue just in time to catch the closing number from openers, the post hardcore band Alter Eden and although what was caught was brief, it was enough to want to explore a bit about this ferocious band and hopefully check them out soon. 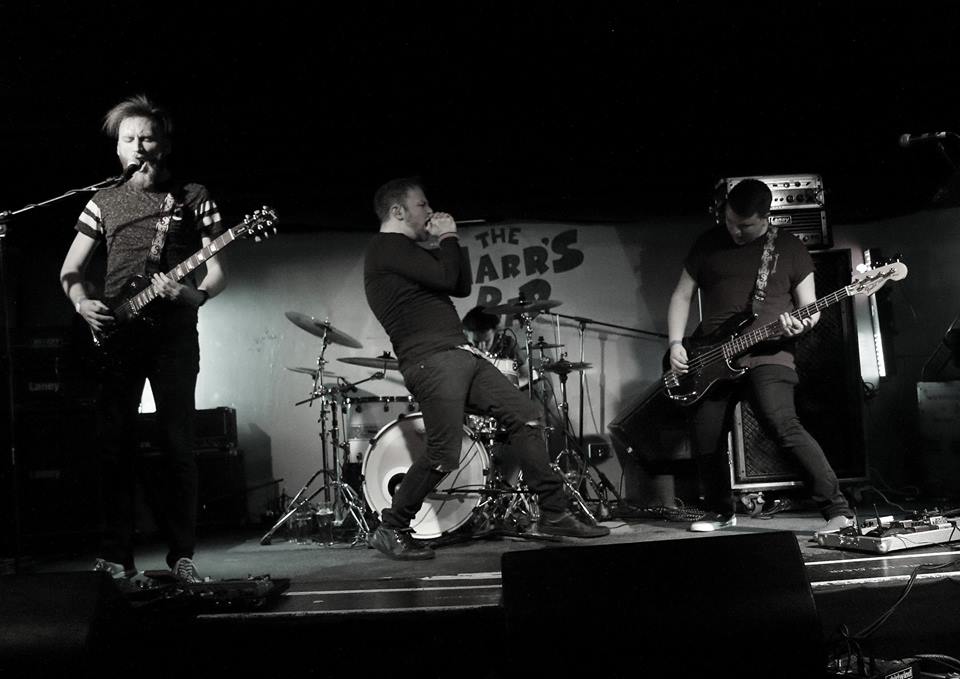 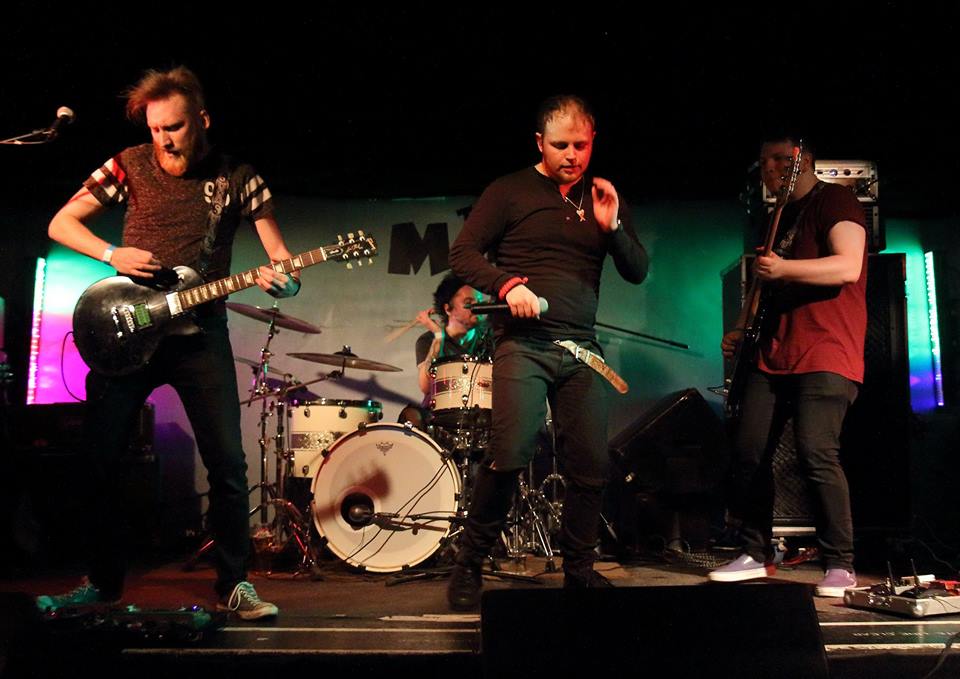 Up next were The St Pierre Snake Invasion and being such a massive fan of their debut album A Hundred Years A Day, the anticipation to catch them in a live environment was tantalising and they definitely didn’t disappoint. The fact that singer Damien Sayell was suffering from a case of food poisoning (I won’t say what he he had been eating as was mentioned from the stage but it’s safe to say I’ll be avoiding their pizza from now on!) didn’t dampen the bands energetic approach to their music despite the fact that he was clearly suffering, but as they say the show must go on, and go on it most certainly did and if this is the band not playing to their full potential then seeing them at their most intense will be something to savour and long for.
The band belt out numbers from their debut album with aplomb despite the obvious discomfort such as the magnificent If The Only Way Is Essex Then Kill Me Now although there is a sense of trying to get the songs over as quickly as possible due to the onstage vomiting of Sayell (who has a plastic bin onstage for this very purpose) but this just adds to the energetic qualities of the band. As the apologetic singer ends the bands set, they have won a lot of new fans, for their music foremost but for their heroic never say die spirit as well and next hopefully it won’t be as short a set. 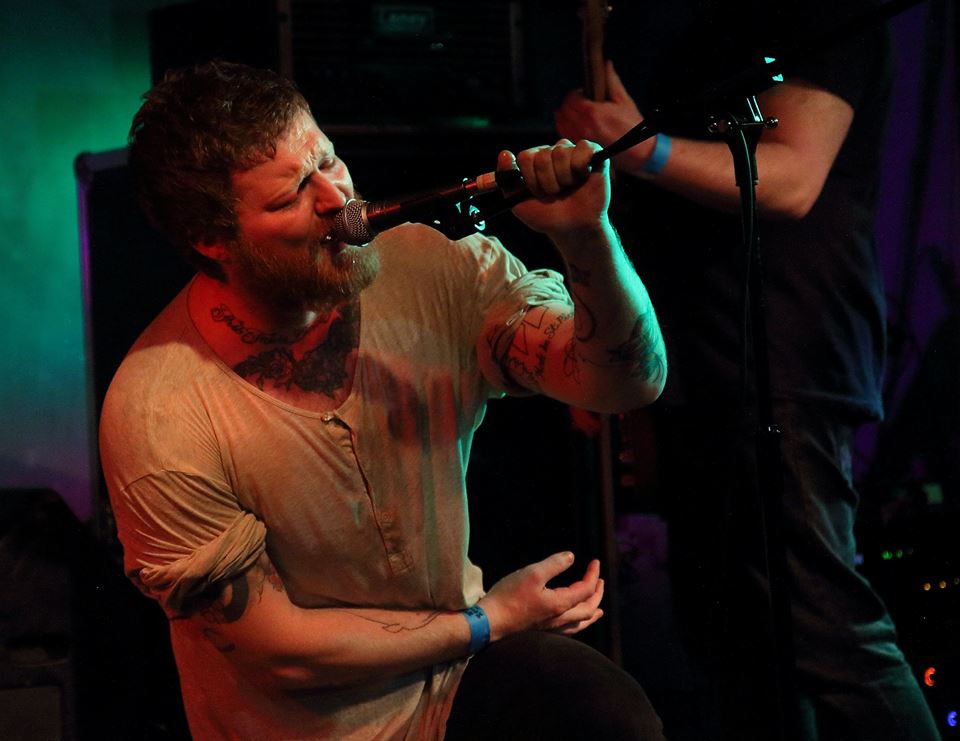 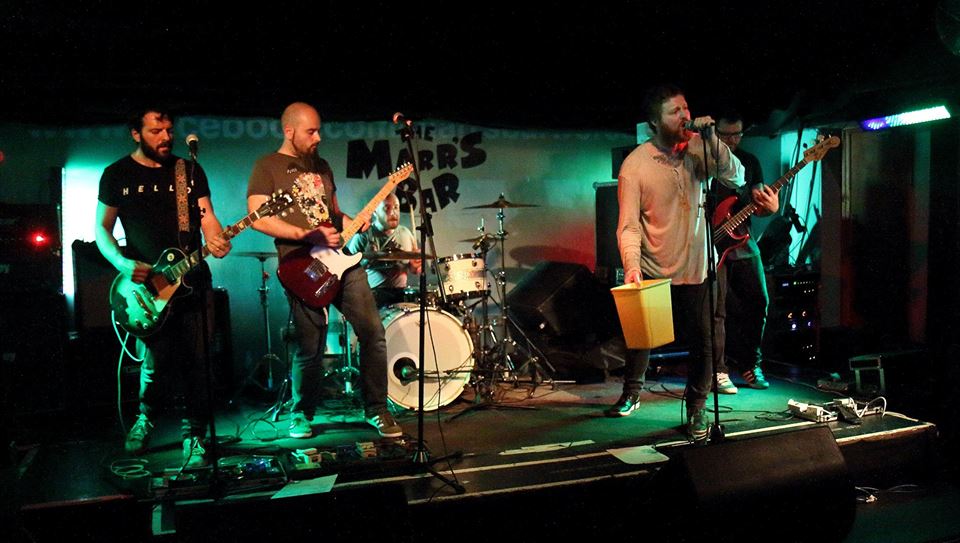 Local boys Fights And Fires followed quickly after and as soon as the band (back for a hometown show after a European touring jaunt) hit the stage, they simply exploded with an energy that can be sadly lacking in some bands in a live situation and was a total rush for the audience, such was the bands enthusiasm.   Fights And Fires brand of breakneck speed punked up rock n roll attitude was a joy to witness and the bands grooving, high octane mixture of Clutch, Turbonegro, New Bomb Turks and Refused is certainly as good as that sounds. With enough exuberance and spirit that puts the majority of bands to shame, Fights And Fires came in and stole the show in the most enjoyable way possible with a mind blowing mix of passion and fire and showed just how thrilling music can be in a live environment with songs from their last album We Could All Be Dead Tomorrow in particular hitting the spot throughout with standout vocals from Phil Cox who along with the rest of the band played their hearts out and by the time the band had finished, the audience was left breathless at the stunning performance they had just witnessed (apart from an incredibly bad impromptu solo by yours truly when the guitar was handed to me by guitarist Ryan Price!). Simply put, the band were immense and when Fights And Fires next play anywhere near you, they are not to be missed at any cost! 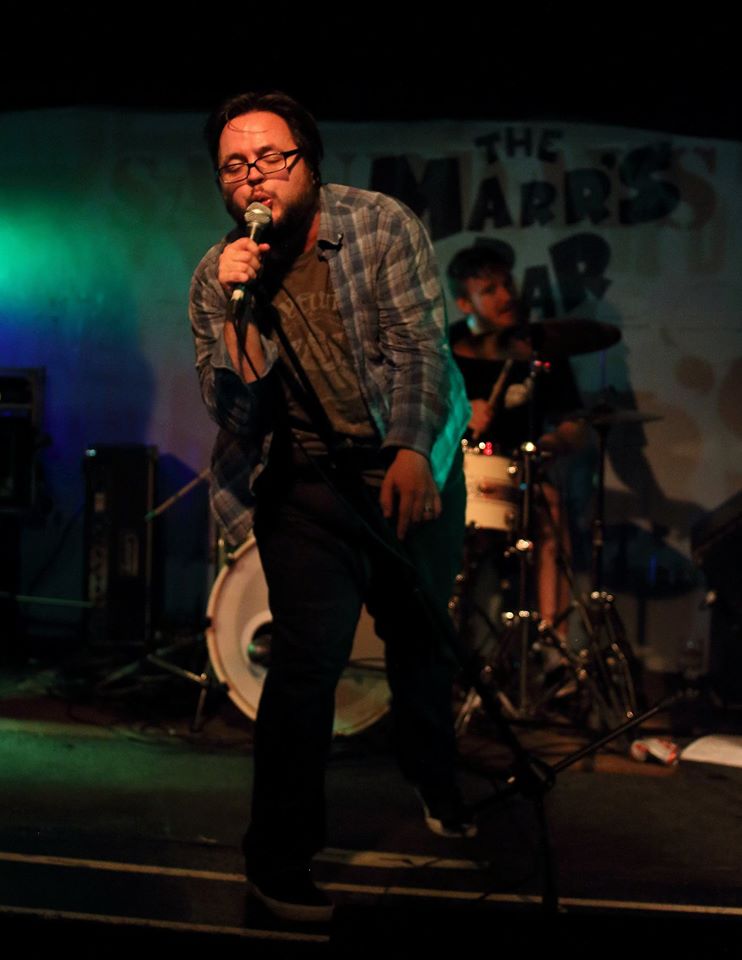 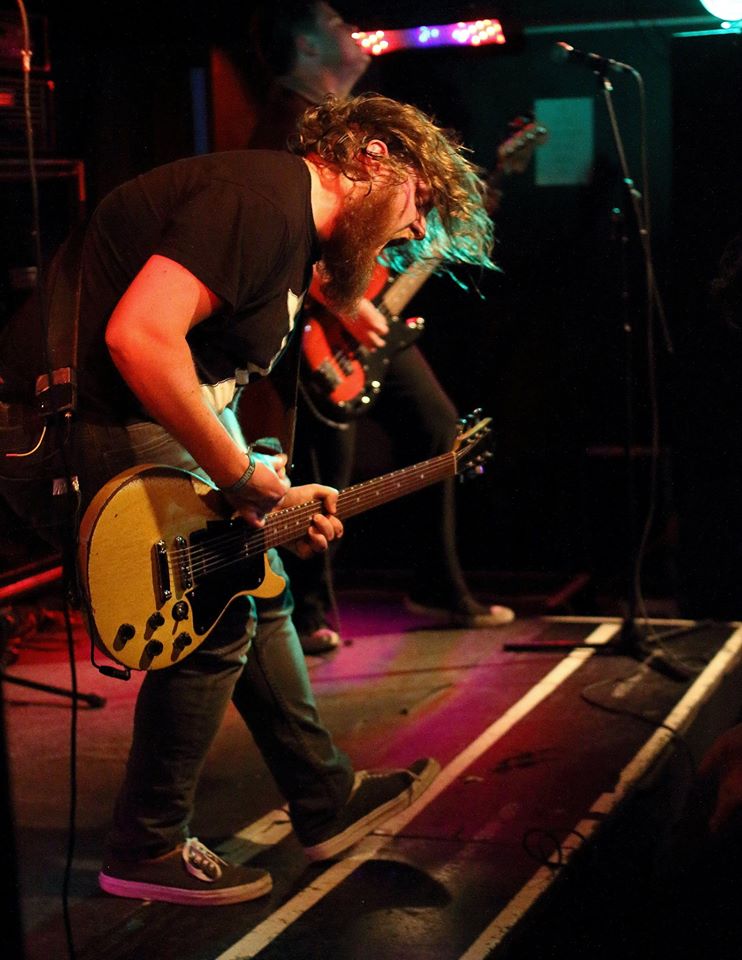 Following that performance was undoubtedly an unenviable task and one that headliners Max Raptor gave their best shot, the band gave an energetic performance that the crowd enthusiastically participated in, they didn’t quite reach the amount of fervour that we had just seen from Fights And Fires. That being said it was still an unmissable set from the act. Blasting out songs from their recently released debut album such as Obey The Whips and Damage Appreciation, Max Raptor gave a good performance, their brand of vibrant punk is without a doubt a winner but I felt their power was lost in the line up. Regardless they certainly and impressively held their own within the mix. 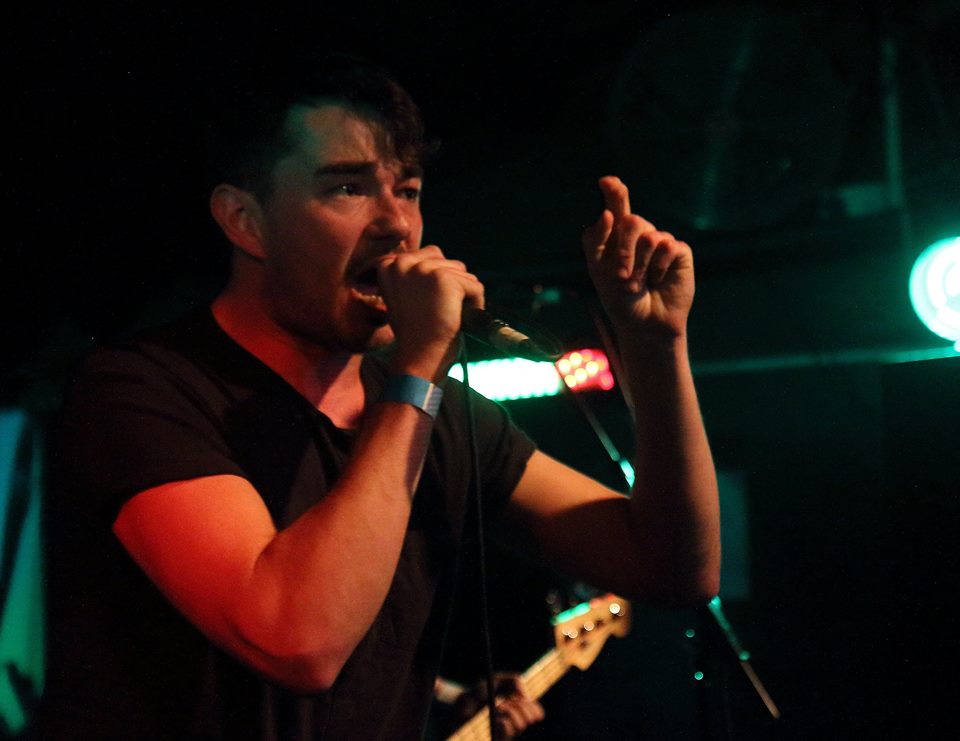 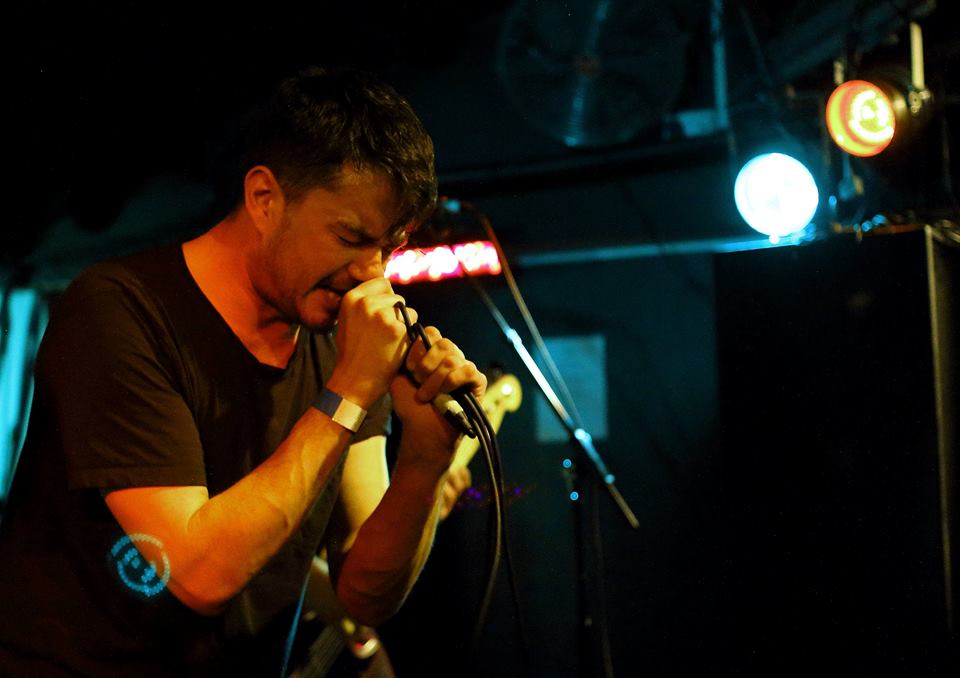 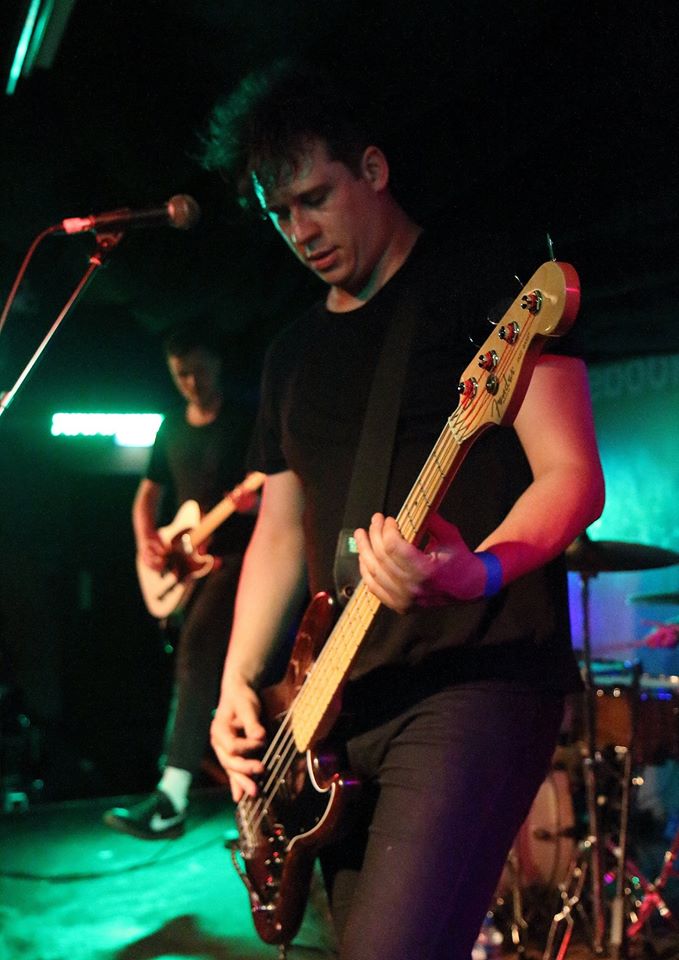 All in all, a great night for live music.

Ivan Moult Releases “What More Could I Say?” / ‘Toxic”- Out Now Via Bubblewrap Collective