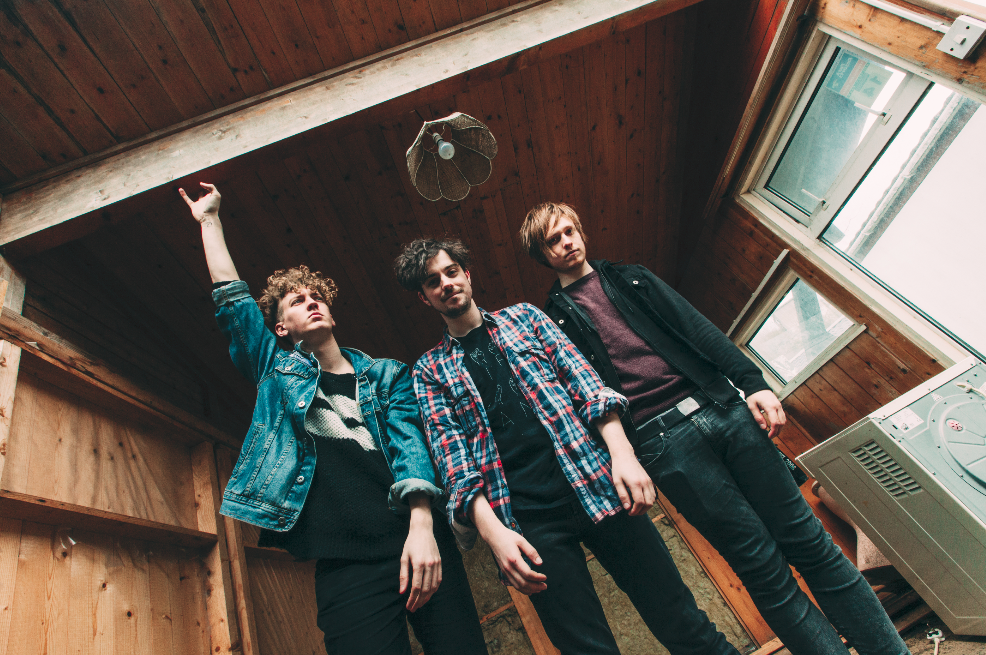 BRIGHTON GARAGE ROCKERS LOA LOA STREAM DEBUT EP,
IX.V.V.VI
What the press are saying:
“let-loose, unbridled chaos… their debut hits hard with a muscular, unstoppable core. It’s the kind of gritty, hard to keep hold of first statement that keeps you right on your toes.” – DIY Magazine
“Introductions are never easy but Loa Loa have made it look effortless with their swaggering entrance into
musical reality..” – UPSET Magazine
“This is a good band this! They’re called Loa Loa.. we’re having that!” – Huw Stephens, BBC Radio 1
“New single ‘Monet’ shortly, and it’s a barbed, attitude-laden return from the Brighton trio. Short and sweet, there’s an intelligent flair to the songwriting that goes beyond the Impressionist-referencing title.” – CLASH Magazine

Having only two singles under their belt, Loa Loa are accomplishing more than most would in their career. Both singles Landslide & Monet have been championed to high acclaim from the likes of Huw Stephens, Clash Magazine, DIY Magazine and Upset Magazine. Currently residing in Brighton it’s clear to see there must be something wild in the water, Loa Loa effortlessly race between a pure gritty punk bark and huge melodies fit for both punks and indie kids alike. There are moments where you feel you’ve figured out what Loa Loa are about, opening the record with their most garish effort you’d be fooled into thinking you’ve got it worked out then tracks like Landslide and Lily Burning add a new, excitingly melodic and memorable side to their bite.

It would be a fairly safe assumption to say that Loa Loa have created something that is not only a brilliant debut release but also an incredibly intimate record. IX.V.V.VI doesn’t feel the need to lean heavily on its lyrical content nor its guitar parts to win anybody over, the overall sensibilities of its punk attitude and singalong chorus’ speaks volumes of how this record is straight up so much more than just an average record.

IX.V.V.VI will be released digitally and physically through Be Pacific Records on Friday 20th May.