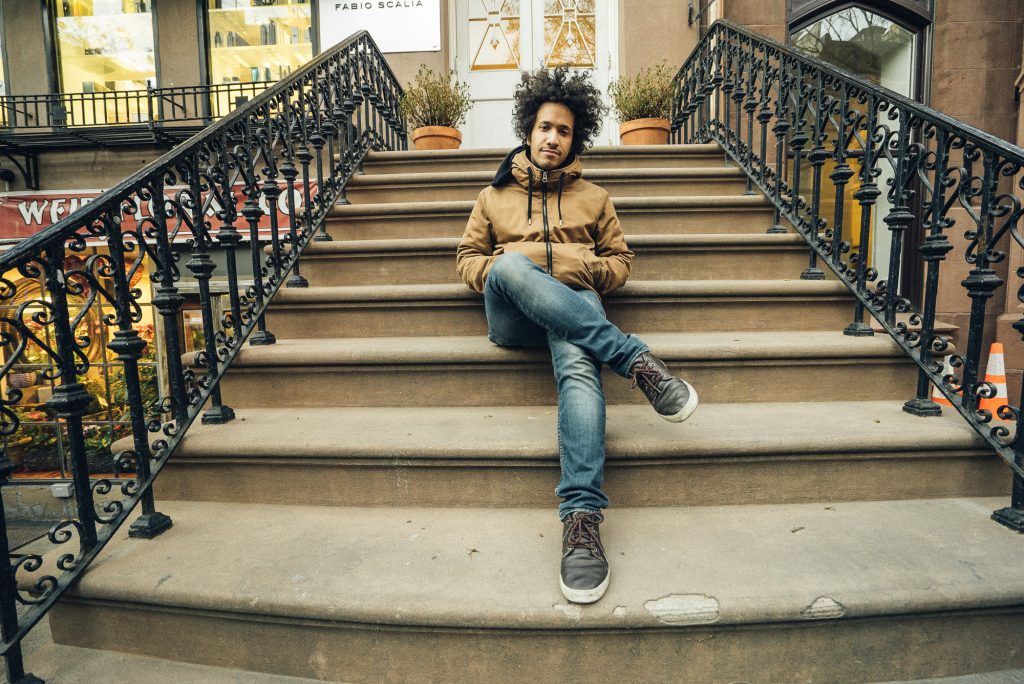 Suspended Animation due out June 10th on Exploding In Sound Records

“Suspended Animation is a full-on guitar-driven power pop record, equally defined by loose immediacy and taut restraint; frayed outbursts and bright, singable melodies adorned with swooning string arrangements” – NPR
Brooklyn’s Leapling are going for power-pop glory on new single “One Hit Wonder,” the third single from the band’s highly anticipated sophomore album, Suspended Animation. Due out June 10th, 2016 via Exploding In Sound Records, the band shared their new song with The FADER who deemed it “solid gold pop”. The site elaborated “The whole record is influenced by old-fashioned power pop like Big Star and The Kinks, and “One Hit Wonder,” premiering today, exemplifies that sound” and yet there’s nothing old-fashioned about what Leapling’s latest. Speaking about the song Leapling mastermind Dan Arnesoffered:

“”One Hit Wonder” came out of a continued obsession with stripping things down to their absolute minimum, and a steady diet of classic ’70s power pop. I was pretty (very) bored with a lot of rock and pop music for a while and as a result felt apprehensive to write such straight-ahead poppy songs, despite my very real inclination to do so. For a while I had been really into incorporating more esoteric influences into pop music, which is nice and a lot of my favorite music is exactly that, but it started to feel a lot more natural and confident to me to just embrace simplicity and the unobscured pure-pop side of things. It’s really fun to invite some cliche and convention after denying it for a while and finding new ways to incorporate some more experimental ideas without necessarily calling attention to it. Solid gold fun.”

Arnes and co. are back with a new sound and energy, channeling the power-pop of the past while pushing modern pop’s boundaries with a raw simplicity. Suspended Animation is a new direction for the trio, an exploration of ideas without limits. This is power-pop for a new generation, an evolution as time keeps on tickin’.

Leapling, the brainchild of Brooklyn-based songwriter Dan Arnes, is back in Suspended Animation, the band’s sophomore full length album. The band’s follow up to last year’sVacant Page finds the collective moving in new directions of pop brilliance. Arnes stripped down the band’s art-pop exploration and found himself immersed in a bright new power-pop sound. The record is layered, nuanced, and full of musical deviation, but the results are coherent and evocative.

Suspended Animation is direct opposition to the band’s previous work, and the Leapling you thought you knew has been forever changed. Pushing themselves into new sonic bliss, the record bursts with swift arrangements and straight-forward yet deeply layered pop songs. Joined by Alejandro Salazar Dyer (drums), the quartet slimmed down to a trio resulting in a new energy and an earnest rawness that comes from a more minimalist approach. Inspired by a wide range of artists from the power-pop of Big Star and The Kinks, the oddball genius of Ween and Jim O’Rourke, and the timelessness of the Motown and Philly soul sound, Leapling have pulled their influences together, with no ideas left unturned. Bold and vibrant, Suspended Animation is an immediate record, eleven eclectic power-pop hits for these fleeting times.

This may be commonly known as a leap year but we prefer to think of it as The Year of The Leapling. Suspended Animation is due out June 10, 2016 on Exploding In Sound Records.

“For Suspended Animation, the band slimmed down to a three-piece and added a new drummer, and the lax nature of Vacant Page has been amped up to more wistful ruminations. “Alabaster Snow,” the record’s first single, serves as an introduction to a more pointed Leapling.” – Stereogum